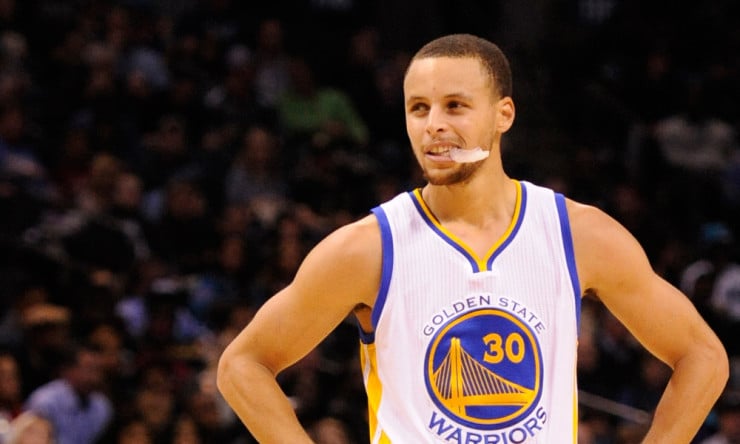 After winning an NBA record 73 regular season games, the Golden State Warriors were set to defend their 2015 NBA Championship by hosting the Houston Rockets in a rematch of the 2015 Western Conference Finals. At the beginning of the season, if asked, one may have correctly predicted that the Warriors and Rockets would do battle in the playoffs, but few would have imagined that it would have taken place in the first round as the 1-8 matchup.

If what transpired in Game 1 is indicative of what we will see in this series, it will be over quick, as the Rockets failed to compete and, in Dwight Howard’s words, were “embarrassed.”

But for now, a more important issue emerges. Curry has been listed as questionable for Game 2.

In just over 19 minutes of action, the league’s reigning MVP scored 24 points on just 8-13 shooting from the field. Amazingly, 16 of those points came in the game’s first quarter after Curry was seemingly motivated by an early double-technical that resulted from a shove he received from Patrick Beverly shortly after the game had begun. The Warriors led 33-15 after the game’s first quarter and saw their lead balloon to 60-35 by the half.

Toward the end of the half, Curry began favoring his ankle and had his ankle re-taped, but never reentered the contest.

Even without him, the Warriors were able to easily handle the Rockets, eventually cruising to a 26-point victory despite the Rockets getting the deficit to as little as 15 points in the game’s second half.

Obviously, all eyes are now on Curry and his ankle. With Game 2 scheduled for Monday, there is a relatively quick turnaround. Although this is bad news for the Warriors, it probably only improves the prospects of the Rockets marginally.

All season long, the Rockets have suffered from a lack of chemistry on both ends of the floor and the Warriors are simply too great of a defensive team to lose to a team that is built around one player. Even without Curry for the game’s second half, the Warriors were able to hold the Rockets to about 36 percent shooting from the field. With the defensive versatility of Draymond Green and Shaun Livingston, the Rockets will continue to have trouble scoring the basketball and that is true regardless if Curry is or is not at or near 100 percent for Game 2.

What will determine the outcome of Monday night’s contest, though, will be whether and to what extent the Warriors can find offense from other sources. During the regular season, the champions were 2-1 without Curry and relied heavily on both Green and Livingston to orchestrate their offense. While both Green and Livingston have that ability, Klay Thompson and Andre Iguodala will need to assist with shouldering the scoring burden left by Curry’s potential absence.

If Curry is able to play, another blowout is likely but even without him, in Oakland, picking the Warriors to win Game 2 is still a relatively safe bet.