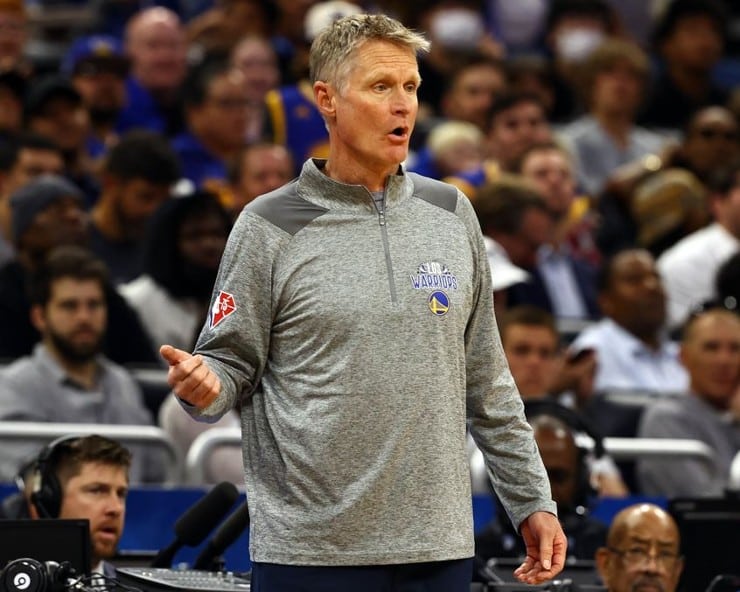 “I’d love to coach Giannis. He’s a great player, but he also seems like a great person.” Indeed, the 2020 NBA Finals MVP is a generous person.

In March 2020, Antetokounmpo and his family donated $100,000 to the staff of Fiserv Forum. After the league suspended the 2019-20 season due to the COVID-19 pandemic, they were unable to work.

Similar to the Chicago Bulls, if Kerr wants to coach the two-time MVP, he’s going to have to wait until the summertime of 2026. The nine-year veteran loves playing with Milwaukee.

Antetokounmpo is locked in with the Bucks for the foreseeable future. Unless G.M. Jon Horst has a diabolical plan to trade the Greek Freak in the coming years, his future is set in the Cheese State.

On December 15, 2020, Antetokounmpo signed a five-year, $228 million contract extension with the organization.

If he ever played with the Warriors, they’d become another dynasty. Imagine Curry, Thompson, Green, and Antetokounmpo on the same team.

Not to mention, he passed Kareem Abdul-Jabbar and Sidney Moncrief for the most honors in franchise history.

During the second round of the 2022 NBA Playoffs, Antetokounmpo averaged 33.9 points, 14.7 rebounds, and 7.1 assists per game in seven games against the Boston Celtics.

Although the Bucks lost in Game 7, the Greek Freak became the first player in NBA history to finish a playoff series with at least 200 points, 100 rebounds, and 50 assists.

According to Basketball-Reference, the forward has an 87.2% chance of making the Naismith Memorial Basketball Hall of Fame. He will likely make it in. Though, another ring would add to his legacy.