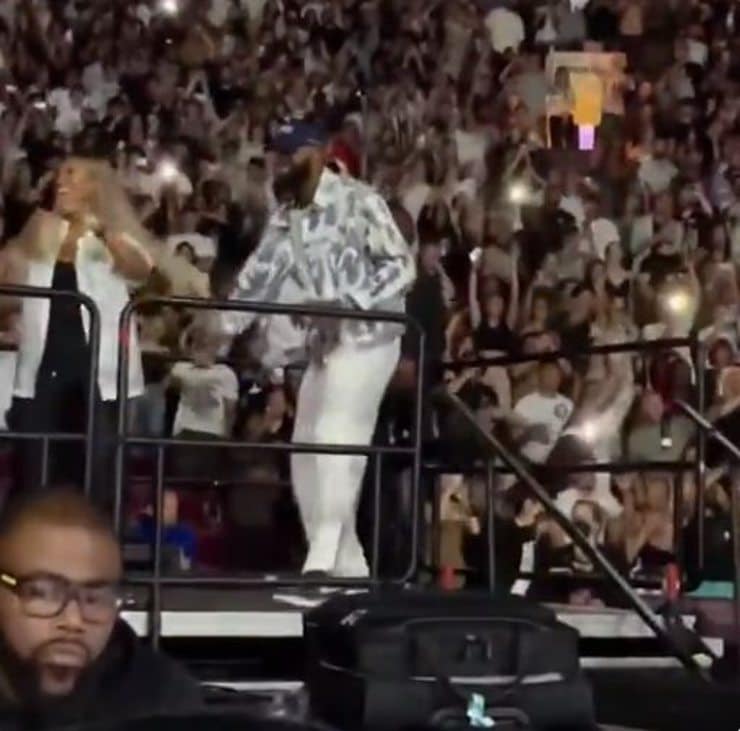 While in Vancouver, the four-time MVP and his wife got tickets to attend Roger Arena for the rap star’s fifth concert tour: the Big Steppers. Lamar’s fifth studio album, Mr. Morale & the Big Steppers, released on May 13.

James and Savannah were in a private-seating area of the arena. However, it didn’t take long for other concertgoers to recognize the 19-year NBA veteran. Watch LeBron dance with Savannah below.

The married couple were filmed dancing to the rapper’s iconic song “Humble.” Needless to say, based on his social media posts, LeBron is a big fan of Kendrick Lamar.

Additionally, the rapper is set to perform in Sacramento on Tuesday, Aug. 30. Then, on Aug. 31 and Sept. 1, Lamar will perform in Oakland. Watch King James dance in the other video below.

LeBron getting HYPE at a Kendrick Lamar concert in Vancouver 🔥

LeBron and Savannah could have waited until mid-September to attend the Kendrick Lamar concert, but the couple also wanted to visit Vancouver.

From Sept. 14–17, Lamar is schedule to perform in Los Angeles at Crypto.com Arena. Of course, his European tour runs from October to November.

Then, the rapper will perform in Australia throughout most of December. The concert tour concludes on Dec. 17 in Auckland, New Zealand. To watch the concert, tickets are available via StubHub and Vivid Seats.

Last week, the Jazz agreed to trade Patrick Beverely to the Lakers for Talen Horton-Tucker. This upcoming season will also be head coach Darvin Ham’s first season coaching the team.

To watch more videos or read other articles related to LeBron James, go to the main page.