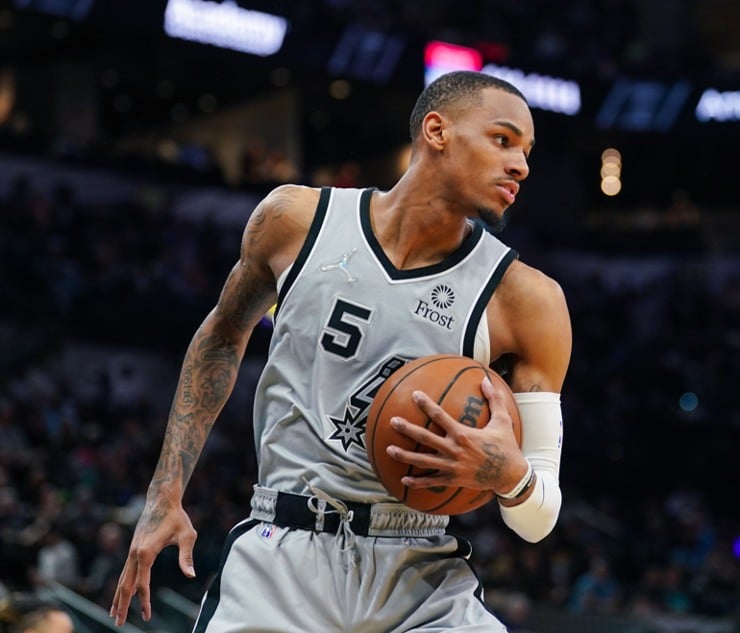 The Atlanta Hawks decided to go out and add Dejounte Murray during this year’s NBA offseason, pairing him with stars Trae Young and John Collins. The future in Atlanta is looking bright for the three after making an Eastern Conference Finals two seasons ago and not performing the way that they were hoping for this year.

Atlanta finished with the number eight seed in this year’s Eastern Conference and was eliminated by the Miami Heat in the first round.

The trio decided to go play in Jamal Crawford’s Pro-Am League, showing the world that they might now be the best trio in the NBA. Whether it was crazy crossovers from all three of them, or insane dunks and alley-oops, this Hawks’ trio looks like they’re going to have plenty of fun together when it’s time to really lace them up.

Man, what a fun day at @thecrawsover. Shout out to @JCrossover and Co. for running an incredible pro-am!@TheTraeYoung, @DejounteMurray and @jcollins20_ put on a show! That was the craziest atmosphere I’ve seen for a pro-am game. Seattle needs to have an NBA team again! pic.twitter.com/eaGLVMSyXI

Trae Young, Dejounte Murray and John Collins get the 126-121 win at @thecrawsover and fans storm the court: pic.twitter.com/zbVuOW0L4B

The addition of Dejounte Murray is smart for a few different reasons for Atlanta. They could allow Trae Young to play off the ball, which might actually help him become an even more efficient three-point shooter. Young can knock down shots from all over the court, so when Murray wants to run the offense, Atlanta could have a guy running around screens almost like Stephen Curry does ready to hit shots.

Murray is also a great defender, which is something that Atlanta needed to address, especially at the guard position.

It’s going to be interesting to see how they play Murray and Trae next to each other, but one of them is likely going to have to play off the ball more than they have throughout their career.

Dejounte Murray finished the 2021 season averaging 21.1 points, 8.3 rebounds, 9.2 assists, and two steals per game. Atlanta has to be excited about what they’re going to be able to do next season and are looking to get back to the Eastern Conference Finals just as they did two seasons ago.