Home » news » What Can We Expect From Lebron With The Lakers 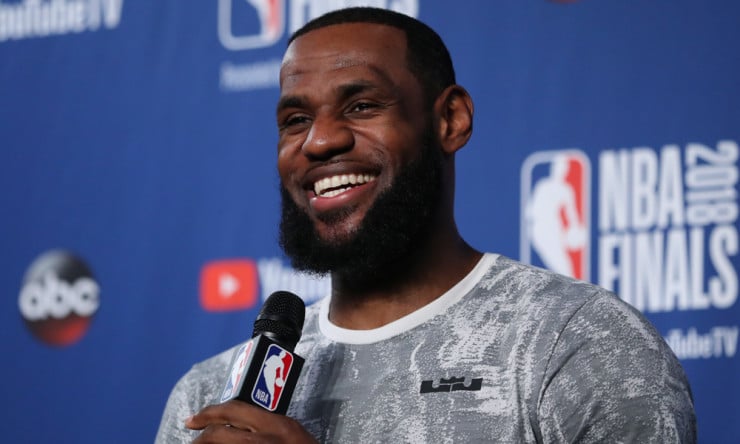 For the third time in his 15-year career, LeBron James decided to change teams and this time he has ended up at he Los Angeles Lakers, penning a four-year deal said to be worth in the region of $154 million. It’s the second time James has chosen to leave his hometown side, and the LA Lakers will be hoping that he can help them rediscover that winning touch which has deserted them for eight seasons.

So, what can we expect from LeBron at the Lakers? Well, first of all, you can say that the move made by James will have a huge impact on the NBA as a whole. The power shift in favor of the West will be even greater than ever before, with all of the NBA’s best players plying their trade in the Western Conference. The East will certainly have to up their game, or they could become irrelevant when it comes to the championship.

For the Lakers, LeBron’s arrival will put them back in contention to win a championship in the not too distant future, but right now they’re still a bit of a way off. James signing is certainly a step in the right direction, but he’s going to need a better quality of player around him if he’s to make the Lakers successful once again. His presence alone will give everyone a great lift though and will also make the Lakers an attractive proposition for some of the NBA’s finest players.

One player who could follow LeBron though the Lakers entrance is Kawhi Leonard and the 27-year old’s arrival looks even more possible thanks to James now being a part of the team. It could cost the Lakers regarding draft picks and potentially some of the young talent they already have but having both LeBron James and Kawhi in the line-up will see the Lakers able to cause every team problems. It could be a match made in heaven as the Lakers enter a new era. Basketball fans can keep track of all the latest happenings at Betting.com, which is one of the best sports sites to keep up with everything going on in the sports and betting world.

LeBron signed a four-year deal with the Lakers, with the final year being the player’s decision, and in that time you’d expect the Lakers to enjoy some sort of success thanks to James. Within the initial three-year period you can certainly see the Lakers winning at least one title, but this could be dependent on rival teams staying on top of their game and the players that the Lakers can recruit.

There’s no denying that LeBron James has the ability to make a real difference for the Lakers but for the first season or two it’s going to be a time of transition as they look to build a team around him. The Lakers will certainly be able to put the cat amongst the pigeons, and they should be aiming to disrupt the stronghold in the Western Conference. A title should come in time, and this would be a great return for them.