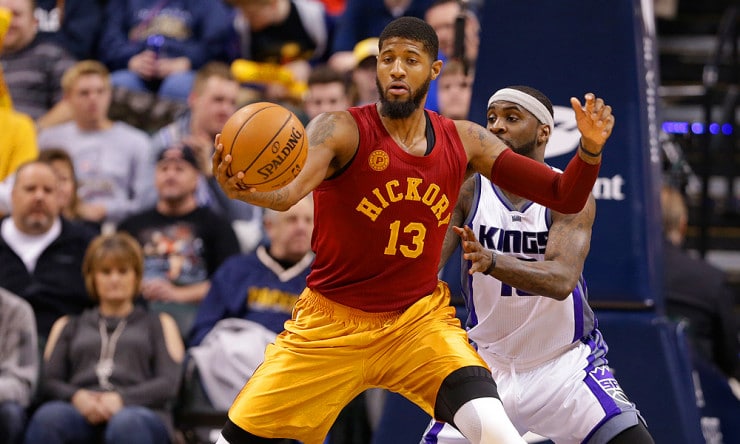 While there is no lack of talk about a possible trade involving Indiana’s Paul George (most teams believe he will be moved today), there has been talk out Indiana that unless the right offer comes in new Team President Kevin Pritchard may wait out the draft and start the process again in July.

A wrinkle in all of this is news from inside the NBA that the projected 2017-18 Salary Cap and accompanying tax line will be lower than originally projected. This becomes meaningful in predicting what the salary cap and tax line will be next year when the LA Lakers where believed to be able to obtain George as a free agent which was driving down what the Lakers would ultimately offer for George in trade now.

With the cap lower, obtaining George’s Bird Rights becomes more valuable, especially if the Lakers plan is to have room for two high-level salaries next summer.

There is also a sense that the Lakers offer, which most believe is centered on either Julius Randle or Jordan Clarkson and the 27th and the 28th pick in the 2017 NBA Draft, becomes almost moot after the draft.

The Lakers could always draft upside players and hope those players draft rights are appealing, but that would not be the same as the Pacers picking exactly who they would want with those selections.

Most believe there is a game of poker playing out on George and that he will inevitably be traded to the Lakers. Both sides seem to be a little more motivated towards a deal today.