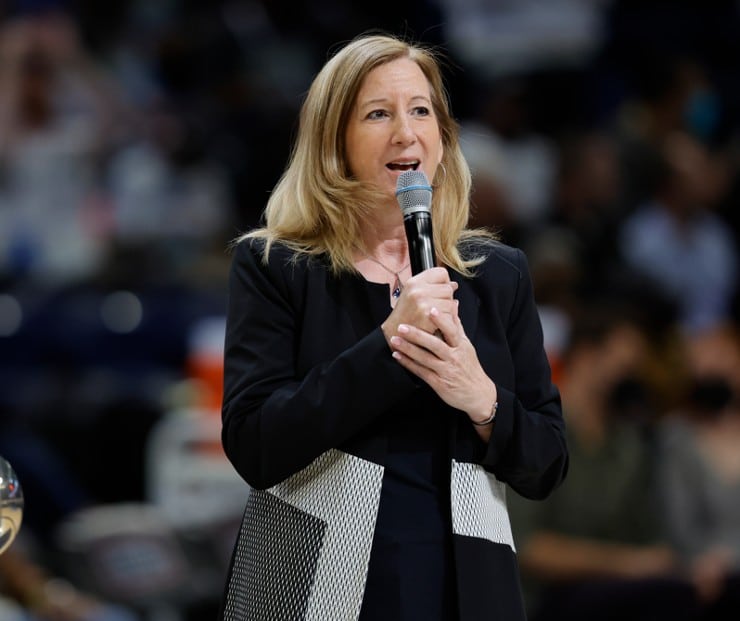 WNBA commissioner Cathy Engelbert has named Toronto among the list of cities in play for an expansion team. “There’s a ton of cities that have shown interest… I think you’ll see us expand by a couple of teams,” explains Engelbert.

In addition to Toronto, the other cities expressing interest include Austin, Charlotte, Denver, Houston, Nashville, Philadelphia, Portland, Sacramento and San Francisco. The state of Florida is also intrigued as well.

In an interview with Boardroom on Sunday, Engelbert told reporters, “I have not been shy about saying we need to expand, but we want to do it through when we can find the right ownership groups with the right arena situation in the right cities that we think will be supportive.”

An estimated 10 to 15 cities are interested in acquiring a WNBA team. She named the Bay Area as one of the top contending cities as well. This is centered around technological growth and increased merchandise sales in other sports leagues in the region.

“When technology is driving so much of your economy, not to have a team in the Bay Area seemed like a missed opportunity. Especially with Stanford’s women’s basketball program having been so successful. So it kind of struck me that would be a market that would be of interest.”

However, in terms of viewership, the team would have competition. The Warriors, Giants, Earthquakes, Sharks, 49ers and Athletics play in the Bay Area. Adding a seventh team wouldn’t hurt. But the market is already borderline saturated.

After the Supreme Court overturned Roe v. Wade, Engelbert made it clear that politics will play a role in deciding which cities will receive a WNBA team in the near future. As of now, the league is comprised of 12 teams. David Stern founded the WNBA on Apr. 22, 1996.

Florida’s 15-week abortion limit remains in effect. Will Florida ever have a WNBA team? It’s possible. The nation has always been divided on political issues. Though, business is business.

Texas has some of the strictest abortion laws. But the Dallas Wings are still there. Florida is a large market. About 22.1 million people live in the state. The league could use a team in the Sunshine State.