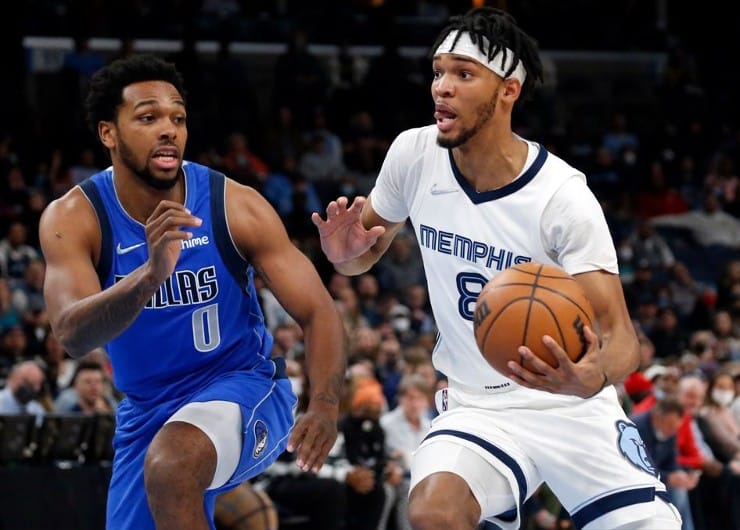 Memphis Grizzlies forward Ziaire Williams is hoping for a breakout performance in the 2022-23 season. He’s also working to improve every aspect of his game. At the NBA level, Williams wants to be the best in everything.

In an interview with HoopsHype at Herbalife Nutrition — the official nutrition partner of Impact Basketball — when asked which specific areas of his game he wants to improve next season, the forward replied, “Everything.”

“Literally everything. I feel like I’m blessed to be 6’9″. I have the athleticism and speed that you can’t teach. So, I honestly feel like once I get stronger, there’s not anything I can’t do on court.”

Williams was selected 10th overall by the New Orleans Pelicans in the 2021 NBA Draft.

“Whether it be posting up or shooting threes or dribbling, passing, I want to be the best in everything, so it’s not just one thing I want to improve on.” continued Williams.

Ziaire Williams on improving: “I want to be the best in everything”

During the interview, Wiliams also explained, “The NBA was never a goal. Of course, it’s always what I wanted to do, but I honestly never really thought it would really happen. It was always just to get the best education.”

“Get a free college [tuition] somewhere because I wasn’t going to be able to afford it… So, I’m just blessed to be in this position today.”

Indeed, his mindset is rare nowadays, especially among professional athletes. Numerous college stars want to get paid nowadays, which makes sense, but quite a few athletes are already receiving full-ride scholarships.

At least the forward doesn’t have to worry about college debt. In August 2021, Ziaire Williams signed a four-year, $19.9 million rookie-scale contract with the Grizzlies.

On January 7, 2021, in Stanford’s 91-75 win over Washington, Williams finished with a triple-double. The forward had 12 points, 12 rebounds, and 10 assists. He earned the first triple-double by a Stanford player since 2007.

Moreover, when asked which NBA player he models his own game after, Williams replied, “A lot of people say KD [Kevin Durant], ’cause I’m tall, and I could shoot. I feel like KD’s just KD though. Maybe Paul George, but I don’t know, man. I love to just watch players.”

“Maybe Jayson Tatum’s sidestep or Devin Booker‘s face-up game,” Williams continued. “Paul George‘s size up and just take all their stuff and putting it into my own.”

“I’m my own player, we’re all our own players, but if I had to point out players it would probably be my own.”

Ziaire Williams will celebrate his 21st birthday next Monday.