The spinning roulette wheel is one of the world’s most iconic images of casino play, and European roulette is the most famous variation, played by millions of bettors both at casinos and online.

In this European roulette online betting guide, we will go over the rules of the game. We’ll show you the best ways to play, the online casinos that offer the game, the types of bets than can be made, and the difference between European and American roulette. All of which should enable you to make better decisions when pulling up a seat at the roulette table.

Let’s take an overview of some of the best online casinos for European roulette:

It might be a game that goes back generations, but, plenty of people are entirely new to roulette European-style, which is where we come in: The Basketball Insiders team has assessed the slew of online casinos available to gamblers to provide the vital casino roulette information that our readers need to know, as well as a roadmap to the best online sites.

How to Play European Roulette

Whether playing the European or American version of roulette, the rules are much the same:

The European roulette wheel is considered the most advantageous for players. It comes with 36 regular numbers and a green zero, and the house has a 2.70% edge. 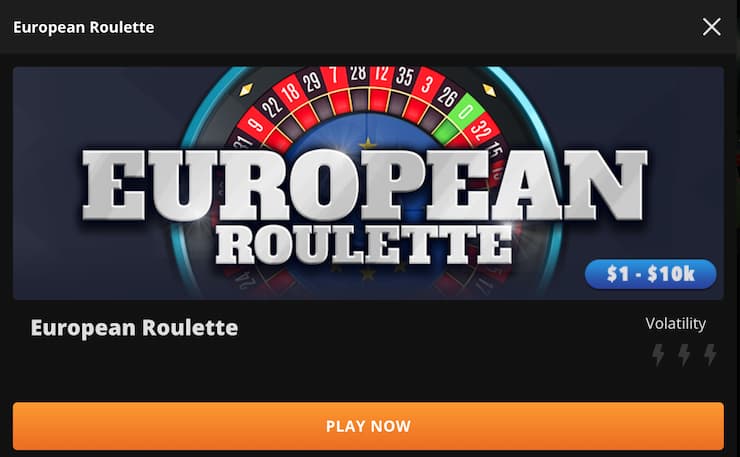 The sequence of numbers on the roulette wheel is confusing. Gamblers can study the wheel all they want, but they will not recognize any relationship between the numbers and the sectors. Professionals who study results will occasionally recognize a sequence of numbers, but to most players, the results are simply random. 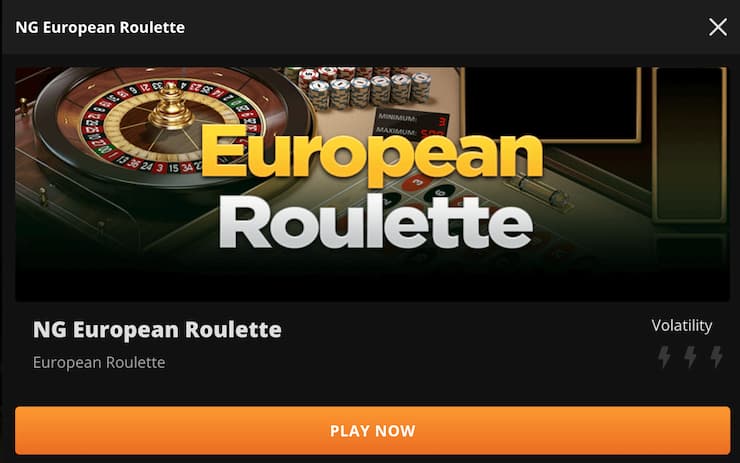 The table layout is divided into two sections — inside and outside bets. Inside bets can be placed on the 37 numbers. The outside section is where outside bets are placed – it consists of specific areas corresponding to Odd/Even, Red/Black, High/Low, Dozen, and Column bets.

Whether you’re planning on spinning the roulette European wheel or the American variant, if you’re new to the game, it’s a good idea to try out European roulette free online first.

By playing the free editions of the game at the best roulette casinos, you can practice your strategies and get to grips with the game. You’ll also be able to incorporate all the tips that you’ve read here or been given by friends, and effectively learn how to play European roulette properly without having to risk any of your actual capital.

Below is a list of sites that offer European roulette free practice:

European roulette consists of a wheel that is divided into 37 compartments, and this includes zero. It also includes a table where players deliver their bets. The numbers on the wheel are random, but red and black numbers alternate. The position of the numbers is traditional and does not follow a mathematical formula. The house edge in European roulette is 2.70% while the American version that includes the double zero is 5.26%.

What is the European Roulette House Edge?

The house has the edge in European roulette, just as it does in all table games and slot machines. However, the edge in European roulette is reasonable at 2.70%. While this will eventually take advantage of the gambler if he or she plays long enough, a lucky streak at the beginning or the middle of a run can leave the gambler with a notable profit.

In a short period of time, a player may have a hunch or a feeling on a certain number. Perhaps the play is on a family member’s birthday – perhaps 20. While risking $10 on each of the first three spins of the wheel, the numbers are 2, 16 and 25. The fourth spin came up 20, and the player got paid $350. Take away the $30 in prior losing bets, and the profit is substantial. The player walks away quite thrilled.

European roulette is a game that produces random results. The ball is sent spinning around the edge of the wheel and it drops in a numbered compartment according to the laws of gravity. Ultimately, it’s a game of chance, so it’s entirely common for players to base their selections on family members’ birthdays or other significant and supposedly lucky dates and digits.

However, there are certain strategies that many bettors use when they get around the wheel, and some have been known to be successful from time to time. As such, below are the most common European roulette betting strategies:

After a successful run at the table and the build-up of a fairly significant amount of chips, attempting to win via the Martingale system can be quite exciting.

The key is to have a notable bankroll before trying to win since the player will be doubling their unit bet after each loss. One might reasonably expect to win after four previous losses, but it is not unusual to lose as many as six or seven in a row. When the capital is sufficient, a steady increase in chip total will usually result.

The reverse Martingale strategy is very similar but with one key difference. It still involves starting with a one-unit bet and doubling after losses, but the difference is significant. Instead of sticking with the same bet, the opposite bet is made on the next spin.

So, if the player started out by betting on even and an odd number comes up on the next spin, the following bet is two units on odd. After that, if an even number comes up, the next bet would be four units on even. In this scenario, if odd or even repeats itself, the gambler will have a successful outcome on the sequence.

This strategy can help a player build a significant amount of chips in a shorter period of time. By doubling the bet after a win, the chip total will increase quickly.

The player steps up to the European roulette table with the idea of walking away with a winner. There are no guarantees that this will happen every time, but there are certain strategies and practices that can help a determined player have success when the ball spins around the roulette wheel.

Get familiar with the game. Watch how the gamblers make their bets, and gain an understanding of the timing of the action. The dealer puts the ball in play and as it spins around the rim of the roulette wheel, the “no more bets” call is made. This helps the gambler learn exactly when to bet and the last instant bets can be made. Gamblers don’t want to make a late bet, see it win, and then see it wiped away because it is too late.

Nobody wants to gamble their money when they are unfamiliar with the way the game is played. No matter how many books or guides a player reads before playing, it is best to have some experience before putting money at risk.

There are multiple free games available online, including at what we consider to be the best online casino for European roulette, Wild Casino, which gives a player a chance to get familiar with the game for as long as the player wants to practice. This can lead to confidence that nothing will surprise the player when real money is at risk.

3. Start By Playing for Table Minimum

This idea is building off the previous idea of playing the game for free. Once you start playing, there is often a surge of electricity that goes through the gambler’s body that may cause a bit of a delay in decision-making ability.

Start off by making a series of bets with table minimum amounts on red/black, odd/even, first 18/second 18. The player will get used to making bets, winning and losing, and that will allow sharper decision-making as the game goes along.

Once the player has been at the table long enough to feel comfortable, start betting the columns or groups of numbers. Not only will this add excitement to the game, but it will also increase the payoff significantly.

5. Stay to the Outside

If you want to win at European Roulette,  concentrate on the outside bets. This will keep the losing streaks from reaching high numbers. Whether it’s red-black, odd-even, or first 18-second 18, players are much more likely to hit a winning bet on the second, third, or fourth try. Players who are more inclined to bet on inside numbers are much more likely to have long-losing streaks.

Even the most patriotic player should reject the “America First” theory when it comes to the game of roulette.

Players who are trying to maximize their chances of winning should play the European version of the game because it reduces the house advantage.

There are multiple ways to play roulette, including variants that have nothing to do with the American vs European roulette argument, such as the French edition.

To learn more about the game itself or any of the other variations, just click on the links below:

Wild Casino is the best place for gamblers to engage in European roulette. Start off with a welcome bonus that can be as high as $5,000. This gives a player enough capital to overcome a significant losing streak and remain engaged in the game long enough to turn things around.

Then online casino also has an engaging interface that is attractive and easy to follow. It has a secure deposit system that makes it easy to deliver money into a gambling account. Wild Casino also features live dealer games from two studios, increasing the feeling of accuracy and fairness.

Is online roulette legal in the USA?

There are multiple online casinos available in the United States and both the European version and the American version of the game can be played legally. Why is it legal? Because the game is fairly played and the payoff amounts are well-known and established.

What are the odds in European roulette?

Do American casinos have European roulette?

Despite the name, European roulette is available in US-based online casinos. There are a wide variety of online casinos that offers the European version of the game.

How do you win on European roulette?

Where can I play European roulette online?

Can I play European roulette on mobile?

All online casino operators encourage gamblers to play their games on mobile phones if that is their choice. The same casinos listed above also make the game available on mobile phones in addition to computers and tablets.

How many numbers are there in European roulette?

Is European or American roulette better?

It is difficult to say one game is better than the other, but the player has a distinct advantage in the European version of the game. There is one fewer slot for the ball or marble to drop into, and that difference is significant when the gambler is playing for hours.

Steve Silverman is a longtime sportswriter who spent 10 years as senior editor at Pro Football Weekly and he has also written for the Wall Street Journal, ESPN Magazine, MSNBC, and NFL.com. Silverman has written 10 sports books, including Who's Better, Who's Best in Football, Who's Better, Who's Best in Hockey and the Minnesota Vikings: The Good, The Bad & The Ugly. Silverman has won multiple writing awards from the Pro Football Writers of America.