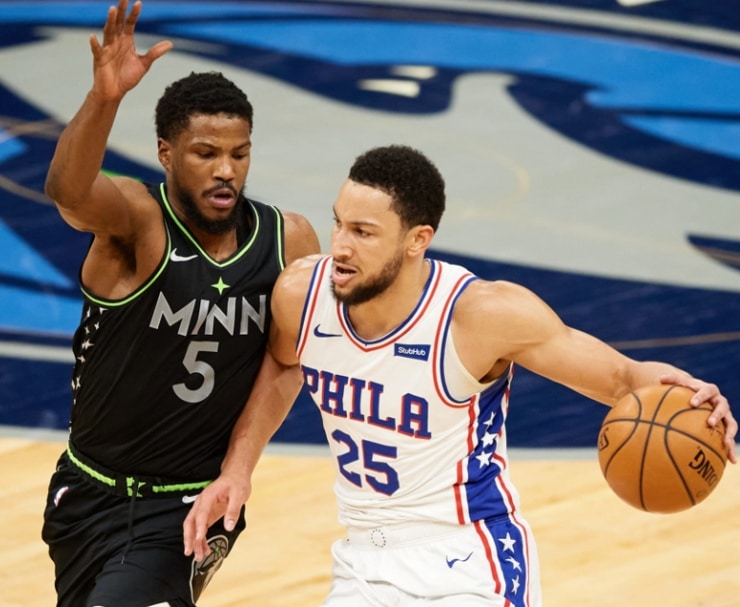 Three-time All-Star Ben Simmons is not budging; the Philadelphia 76ers news drama will not end anytime soon. According to sources, the 25-year-old is willing to sacrifice $33 million if the team fails to trade him before the start of the season. Simmons will earn $31.590 million in the upcoming 2021-22 NBA season.

Of course, that figure is not the grand total. His cap figure is actually $33,003,936. Plus, his guaranteed cash remaining with Philadelphia is $146,684,160. On Jul. 16, 2019, the point guard signed a five-year, $169.65 million contract with the organization. Daryl Morey, the team’s president of basketball operations, is demanding four first-round draft picks for his guard.

To quote David Aldridge from “The Right Time with Bomani Jones” on ESPN, “Nobody is giving you four first-round draft picks for Ben Simmons.” That is a king’s ransom. Additionally, Simmons is refusing to communicate with members of the 76ers front office, and he had no desire to show up to training camp. This puts all parties involved in quite a predicament.

Philadelphia general manager Elton Brand will have to convince Morey to lower the asking price. Otherwise, it is doubtful that Simmons will step on the court at all until 2022. In August, the Minnesota Timberwolves and Toronto Raptors presented their trade package offers to the 76ers. However, the Sixers organization turned them away. Perhaps, both Brand and Morey should have negotiated a more reasonable offer.

Ben Simmons wants an offense built around him

Furthermore, a couple of days ago, Simmons informed media reporters that head coach Doc Rivers is refusing to build the team’s offense around him. Then, the guard insinuated his solution was to get away from Joel Embiid. He believes his own style of play does not gel well on offense. This is not surprising.

Statistically, Embiid is a better player. That should go without saying. And, Simmons wants to play for a team that will also give him a bigger role on offense. Earlier this month, Embiid reiterated that he loves playing with Simmons. In a situation like this, the truth will usually lie in-between.

One thing is for certain—now more than ever—it is time for the organization to move on from their Australian guard. At this point, fans want positive 76ers news. Last season, in 59 games played, Simmons averaged 14.3 points, 7.2 rebounds and 6.9 assists per game. The Sixers selected him first overall in the 2016 NBA Draft.