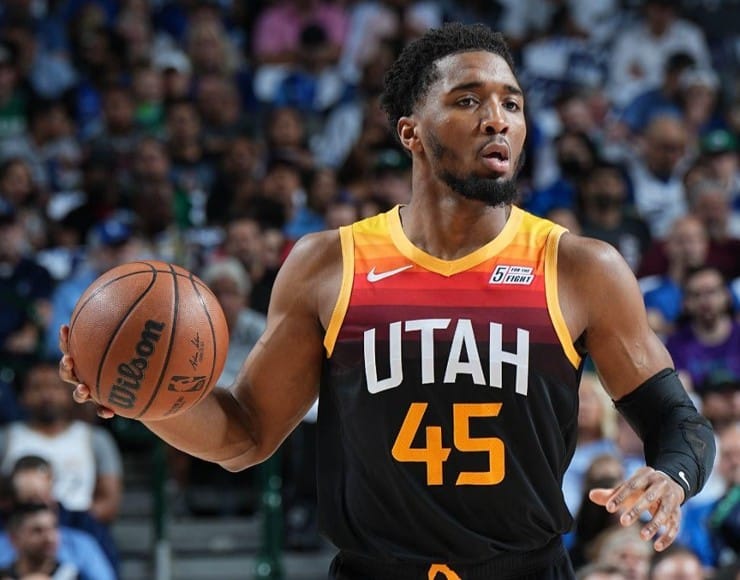 With the Utah Jazz deciding to trade away Patrick Beverley, it looks likely that most of the team is now going to be traded within the next few weeks or by the trade deadline at the very least.

It’s interesting why Utah is going into this rebuild type of situation when they could have gone out and acquired some other pieces to help their already contending roster, but it’s what they’re going to do. Utah will likely trade Donovan Mitchell and a few teams have been in contact for the star guard.

The trade talks for Mitchell have heated up. Where will the star end up? It’s looking likely that it could be New York. Tony Jones of The Athletic had more to say about the deal:

“Utah and the New York Knicks have had ongoing discussions, but those talks have not yielded progress to the point of a trade being imminent. As those talks have lingered, the Jazz have begun fielding offers from other teams, league sources tell The Athletic. As of Thursday morning, the Jazz have multiple offers on the table for Mitchell from teams other than the Knicks that they deem intriguing and worth pursuing, according to sources.  They are offers, sources say, that the Jazz feel are worth pursuing, should talks between Utah and the Knicks stall.

Mitchell hasn’t asked for a trade from the Jazz, according to sources. But, if he were to be traded, sources say, his preferred destination would be one of three places: the Knicks, the Brooklyn Nets, or the Miami Heat. Mitchell can’t be traded to the Nets as long as Ben Simmons is on the roster, which makes that destination unlikely, and now even more unlikely with Kevin Durant staying put. The Heat simply don’t have the assets that the Jazz are looking for, which makes that destination unlikely. The Knicks have the assets that the Jazz seek, which has made them a natural potential trade partner.”

When Will A Donovan Mitchell Trade Happen?

A Donovan Mitchell trade will likely happen sometime within the next few weeks or the first few months of the season. It’s clear that the Utah Jazz don’t have any more plans for him at the moment and it’s best if they decide to trade him while his stock is at its highest.