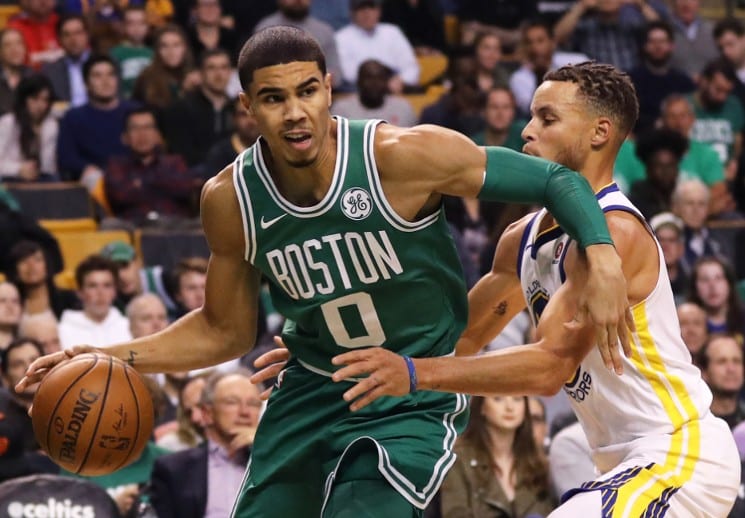 Former NBA player Antoine Walker believes that the Miami Heat would have possibly beaten the Golden State Warriors in the NBA finals.

He also noted that the Boston Celtics gifted the Golden State Warriors the title this season. He said that if you go back and watch the film, some of the mistakes that Boston made were silly and could’ve been prevented. It’s an interesting choice of words from Antoine Walker, especially considering that the Boston Celtics had just beaten the Miami Heat in the previous round.

Miami had dealt with a few injuries throughout the playoffs, but for the most part, they had a lot of their key guys playing when it mattered most. Kyle Lowry was dealing with a few injuries, but he didn’t necessarily look great for Miami towards the back end of the year.

“I think they would have had a better shot,” Walker said. “I don’t know if they could have scored enough to keep up with the Warriors, but defensively they would have been so stingy.

“And that’s where the Heat, and the game plan would have been a lot different than the Celtics. I hate to take away from Golden State, but if you go back and watch the film, Boston gave Golden State that championship.”

The Boston Celtics have made some great additions throughout this year’s NBA offseason, including the addition of Malcolm Brogdon. They might be better than they were a year ago, but they will likely have a few more difficult tasks than they did this season getting to the finals. They had a few fortunate bounces go their way, including injuries to Khris Middleton and others on the Miami Heat.

Not to take anything away from what Boston did a season ago, as they can certainly get back to the position that they were in this season.