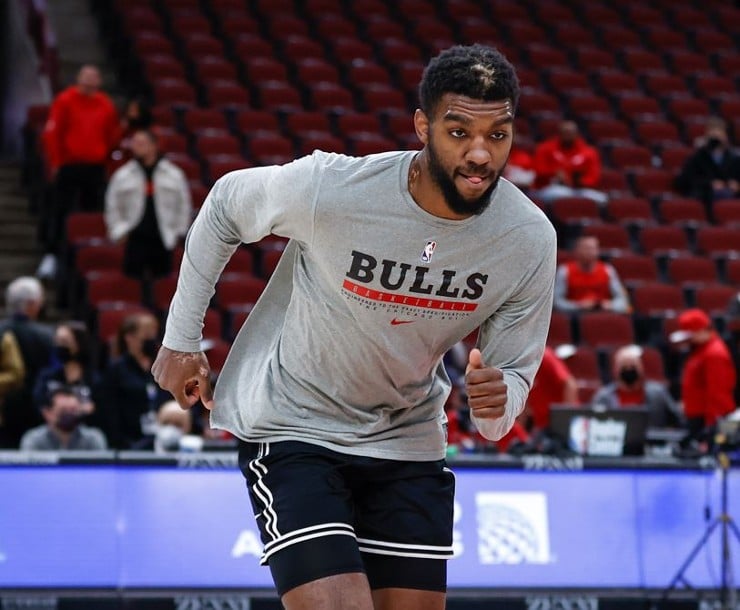 Donovan rotated his players throughout the preseason. In Chicago’s preseason opener, Williams was the starter. Of course, Green started for the Bulls in the second exhibition matchup. Derrick Jones Jr. started in the third game.

A few NBA betting sites are giving the Bulls the 18th-best odds to win the championship in 2023. Multiple sportsbooks are expecting them to return to the playoffs with Zach LaVine this season.

Billy Donovan says Patrick Williams will open the season as the Bulls’ starting power forward. Javonte Green will start the year in the second unit.

While averaging 22.3 minutes during the preseason, Williams logged 11 points and 3.8 rebounds per game. In the Bulls’ 127-104 win over the Milwaukee Bucks, he finished with 22 points, 5 rebounds, and 5 assists.

It should go without saying that nothing is set in stone. The lineup is subject to change. Coaches always rotate players throughout the first couple of weeks each season to see which starters work best.

For the season opener, the Bulls play the Miami Heat tomorrow on Wednesday at 7:30 p.m. ET. Not to mention, guard Lonzo Ball and forward Justin Lewis are ruled out.

On Tuesday, Donovan talked about his coaching decisions with reporters. “I’m not that wrapped up in the starting part as much as how we’re subbing off the bench, who’s coming in next,” explained the Bulls head coach.

“Those are gonna be things that are gonna happen based on experiences and information that we have from our group. It could be a situation where Patrick plays, and we stagger him into the second unit, and we get Javonte out there with the first unit.”

“But you gotta look at the totality of the game, at least from the first half standpoint if you’re gonna play nine or 10 players. How you rotate and how you sub and how you create some combinations of players playing together.”

Furthermore, Williams was selected fourth overall by the Bulls in the 2020 NBA Draft. In 71 starts during his rookie 2020-21 season, the Florida State product averaged 9.2 points, 4.6 rebounds, and 1.4 assists per game.

At the end of the season, Williams was selected to the NBA All-Rookie Second Team.

In the fifth game of the 2021-22 season, the wing dislocated his wrist. He was ruled out 4-to-6 months after undergoing surgery. Last season, Williams recorded 9 points and 4.1 rebounds per game in 17 appearances.