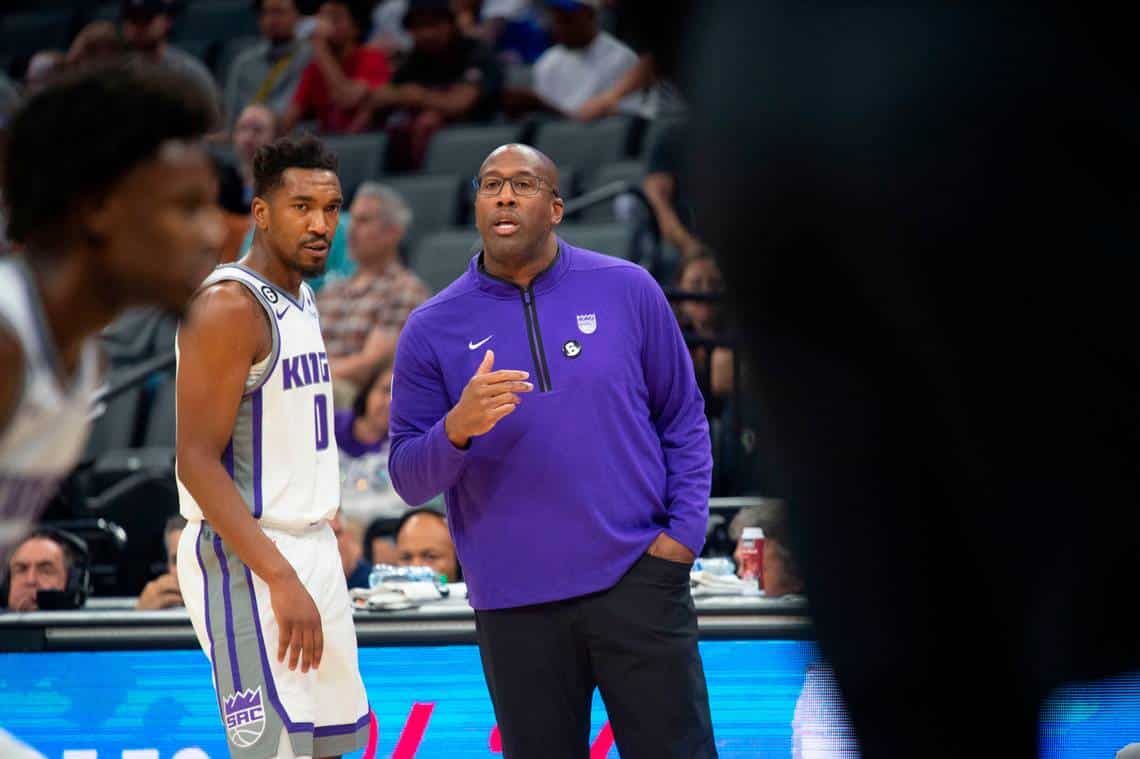 Mike Brown is looking to accomplish something that has not been done in 16 years: lead the Sacramento Kings to the postseason.

The Kings have long-needed stability in the head coaching position. And Brown is catching the eye of one of Sacramento’s biggest rivals, the Los Angeles Lakers.

“I expect this franchise to make a turn for the better,” Lakers head coach Darvin Ham said to Kings beat reporter Jason Anderson. “Mike is relentless. He is not going to stop. I think Mike is going to do some wonderful things for this franchise.”

Ham served as an assistant coach under Brown with the Lakers.

Including Mike Brown, the Kings have had 9 different head coaches since 2010. Most recently, Luke Walton was let go 17 games into the 2022 season after going 68-93, a 42.2% winning percentage. That combined with constant front-office turnover has led to the franchise missing the playoffs every year since 2006.

The Kings are coming off a preseason in which they finished undefeated, including two blowouts of the Lakers. They traded for Domantas Sabonis during the last trade deadline in a shocking move, trading young guard Tyrese Haliburton to Indiana. In addition, they traded for Kevin Huerter from Atlanta and signed Malik Monk in the offseason. They also retained veteran forward Harrison Barnes and drafted Keegan Murray to supplement their Sabonis-De’Aaron Fox pairing.

Who Is Mike Brown?

Sacramento will not be Mike Brown’s first rodeo as a head coach. Most notably, he served as the head coach of Cleveland from 2005-2010, including a Finals appearance in 2007. The Cavaliers were known to be great defensively, ranking in the top 10 in defensive rating three times. He also earned a playoff appearance in 2012 as coach of the Lakers. The early 2010s was a rougher time for Brown. He was fired from the Lakers after 5 games in 2012. Lastly, he only lasted one season being rehired as Cavaliers coach, winning 33 games. Most recently, he served as an assistant coach for Golden State from 2016-22, helping win three titles.

Brown’s specialty is defense, which is important considering the Kings’ past woes. During Luke Walton’s tenure, they ranked in the bottom ten in defensive rating. Including in 2021, where they ranked last in the league with a 117.2 rating. Last year’s team also ranked 28th in opponent field goal percentage and 29th in opponent three-point percentage.

Offensively, one could expect the Kings to move slower. Mike Brown’s team often ranked in the bottom half of the league in pace. It is a philosophy that clashes with the Kings, who ranked in the top 10 in pace in 3 of the last 4 seasons. However, his teams often rank well in offensive rating at the time, including ranking 4th in 2009.

The Sacramento Kings’ fanbase have been starving for a team to root for. It remains to be seen if Mike Brown is the coach to do it, but it appears that people are buying in.

The Kings open their season as they will play host to the Portland Trail Blazers on October 19th.