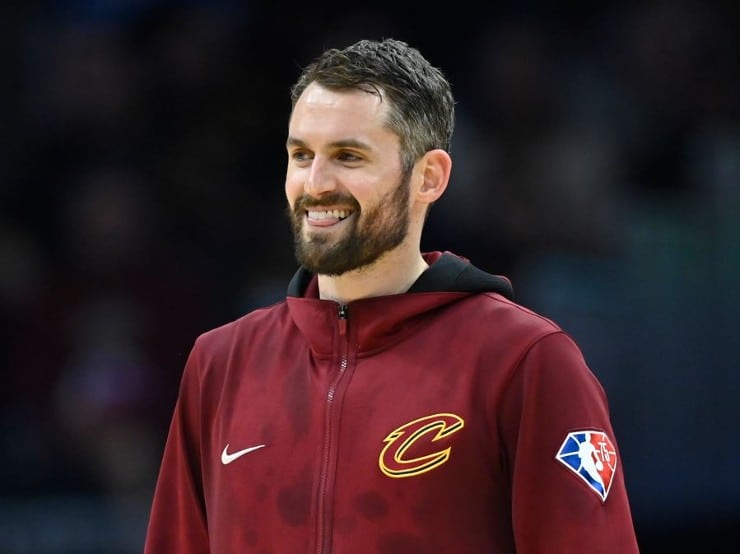 Kevin Love believes the Cleveland Cavaliers are one of the top contenders in the Eastern Conference, and the five-time All-Star says it stems from team chemistry.

“We have a rare level of togetherness,” Love said, following the Cavaliers’ 112-88 win over the Detroit Pistons on Friday. “No team is more together than we are.”

According to a few NBA betting sites, the Cavaliers have the 12th-best odds to win the championship in 2023. Some sportsbooks have the team returning to the playoffs this season.

Headed out west with 7 W's in a row — our longest win streak since '17-18! #LetEmKnow pic.twitter.com/V0lZRUjsvy

“We thrive off that and that’s become part of our identity and part of our culture,” continued Love. “I don’t feel like anybody in this locker room is up in arms about the next guy getting minutes, getting more shots, getting this or getting that.

We all work to earn what we get and what we have. There’s a lot of love and respect in this room. A sense of professionalism here as well.”

Kevin Love says the Cavaliers ‘have a rare level of togetherness’

While the season began just a little over two weeks ago, Donovan Mitchell is already making a positive impact for Cleveland. The former Utah Jazz star is averaging 31.1 points, 4.4 boards, 7.1 assists, and 1.6 steals.

After Toronto Raptors guard Gary Trent Jr. poked Darius Garland in the eye in the Cavaliers’ season-opener defeat — causing him to miss five games — Cleveland has not lost a game since then.

Prior to the 2022-23 season, oddsmakers set the projected win total for the Cavaliers at 47.5. Of course, the team has not won at least 50 games since the 2017-18 season, LeBron’s final season with Cleveland.

Under coach J.B. Bickerstaff, quite a few bettors are hoping to see the Cavs return to the playoffs in 2023. Last season, Cleveland finished 44-38 (.537) and eighth overall in the Eastern Conference.

For their next game, the Cavaliers take on the Lakers this Sunday at 3:30 p.m. ET. At the moment, guards Ricky Rubio, Mitchell, and Garland are all out for Cleveland. Forward Dylan Windler is sitting out as well.