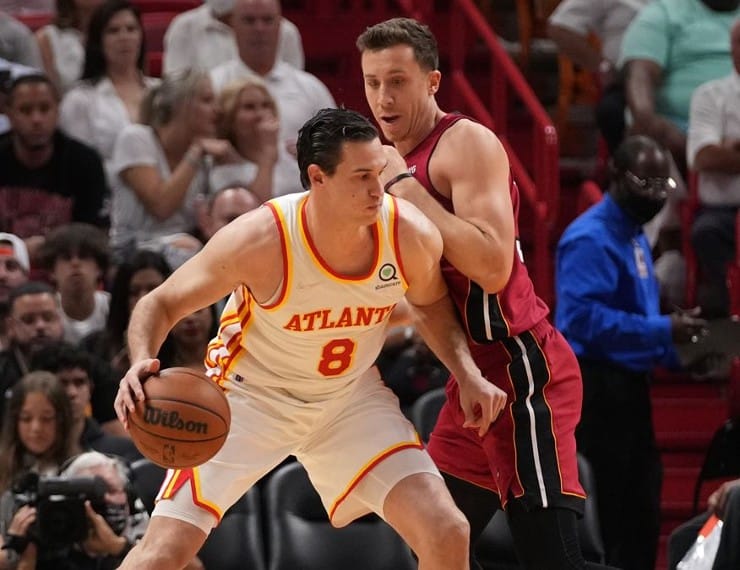 Boston Celtics forward Danilo Gallinari has been diagnosed with a torn ACL in his left knee. Last Saturday, the 13-year NBA veteran sustained this injury while playing for Italy against Georgia in the FIBA World Cup qualifier.

This is the same ACL he tore in 2013 with the Denver Nuggets. Per multiple sources, the estimated timetable for his return is 6 to 12 months.

The Celtics and Gallinari worked together this week on a complete, thorough analysis following the knee injury on Saturday during FIBA play for Italy. The typical ACL recovery time ranges from 6-to-12 months. https://t.co/dg86TQUjoi

Gallinari was selected sixth overall by the New York Knicks in the 2008 NBA Draft. He played two-and-a-half seasons with the team.

Of course, in November 2020, the Thunder traded the forward and cash to the Atlanta Hawks for a 2025 second-round draft pick and a trade exception.

The Phoenix Suns then traded for Landale.

After trading with the Indiana Pacers for Malcolm Brogdon, the Celtics were looking great. However, the team needs Brogdon, Jayson Tatum and Jaylen Brown to remain healthy. Another loss like this could wreak havoc to their 2023 NBA championship odds.

More news stories related to Danilo Gallinari and the Celtics are on the main page.