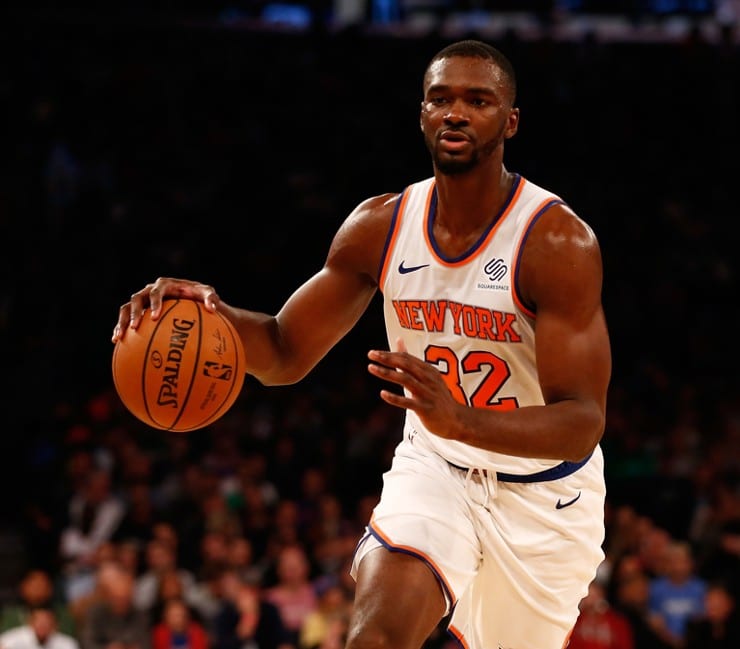 The Celtics have signed forward Noah Vonleh to a one-year contract. This is considered a non-guaranteed contract. At this point of the NBA offseason, the team has 12 guaranteed contracts signed. Vonleh will be competing with Bruno Caboclo for an open roster spot.

Vonleh was selected ninth overall by the Bobcats (now Hornets) in the 2014 NBA Draft. In his rookie 2014-15 season, in 25 games played with Charlotte, the 6’10” forward averaged 3.3 points and 3.4 rebounds per game. The Salem, Massachusetts native was assigned to the Fort Wayne Mad Ants after undergoing surgery on a sports hernia in 2014.

After playing with the Hornets for one season, he played for the Trail Blazers from 2015 to 2018. In the team’s 103-100 loss to the Pelicans on Apr. 12, 2017, Vonleh finished with a career-high 19 rebounds. Then, in addition to cash, the Trail Blazers traded him to the Bulls for Milovan Rakovic. He finished the season with Chicago.

Next, he signed as a free agent with the Knicks on Jul. 24, 2018. While averaging 25.3 minutes played per game with the Knicks, Vonleh recorded career-high numbers. He averaged 8.4 points, 7.8 rebounds and 1.9 assists per game. Out of the 68 games played, the forward started in 57 of them.

In the Knicks’ 109-99 loss against the Celtics on Jan. 25, 2019, Vonleh ended his performance with a double-double. Along with accumulating 13 rebounds, he scored a career-high 22 points in 33 minutes of action.

Will Noah Vonleh play for the Celtics next season?

During the 2019 offseason, the former Indiana forward signed as a free agent with the Timberwolves. However, he was moved months later. On Feb. 5, 2020, Vonleh, Keita Bates-Diop and Shabazz Napier were traded to the Nuggets. He completed the season with Denver.

In 2020, the forward signed a contract with the Bulls, but he was waived days later. A year later, the same thing happened after signing a contract with the Nets. For the 2020-21 season, he earned the veteran-minimum amount worth $263,995 with Brooklyn.

Last season, while with the Shanghai Sharks of the Chinese Basketball Association (CBA), Vonleh averaged 14.4 points, 9.2 rebounds, 1.8 steals and 1.3 blocks per game. While also averaging 22.8 minutes played per game, the forward shot 38.8% from downtown as well. The Celtics could use his defense next season.

The forward could make the team next season. The C’s led the league in defensive efficiency last season, and the front office understands the importance of roster depth. Injuries occur each season. If he plays as well as he did with the Sharks on the Celtics, he’ll be a keeper.

More news stories related to Noah Vonleh or the Celtics are on the main page.