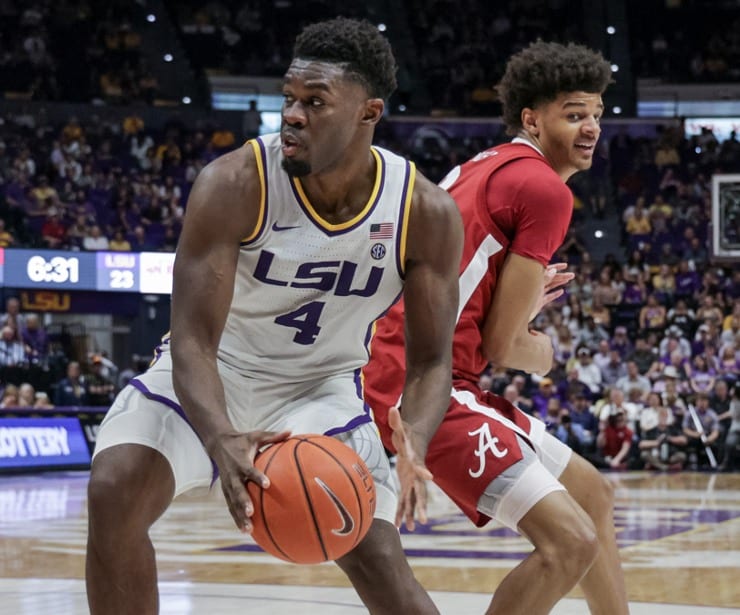 Darius Days and Marcus Garrett have signed two-way contracts with the Heat. Per team policy, the terms of these deals were not disclosed. In three Summer League games with the Spurs, Days averaged 13.7 points and 10 rebounds per game. The forward led the Spurs in rebounding. Also, he shot 55.6% from the field and 37.5% from 3-point range. For other news, the team waived Javonte Smart and Mychal Mulder as well.

In his senior 2021-22 season at LSU, Days averaged 13.7 points, 7.8 rebounds and 1.5 steals per game. Although he averaged a career-low 43% shooting from the floor, the forward still averaged a career-high 13.7 points per game. Days ranked 13th in the SEC in points (453), fourth in total rebounds (259) and third in true shooting percentage (63%). The 6’7″ Florida native was selected to the All-SEC Second Team this past season.

Feel free to check out our list of the best NBA betting sites and sportsbooks in 2022.

Darius Days could join the wings on the Heat next season

Both Days and Garrett signed two-way contracts. Though, these two players have the potential to convert their deals into standard contracts. This comes down to performance and injuries. Last season, the NBA allowed teams to sign players to 10-day contracts via the league’s hardship provision. This was due to the COVID-19 pandemic.

Six days later, in the team’s 74-58 win against Liberty on Nov. 15, Days finished his performance with 26 points and 7 rebounds in 34 minutes of action.

Furthermore, in an interview with reporters, Days said his favorite NBA players are Draymond Green and Carmelo Anthony. If Darius Days continues to improve, Heat G.M. Andy Elisburg might offer the forward more opportunities in the future to compete against these said players. A regular contract would make it possible.

Marcus Garrett is a solid addition for backcourt depth

In three Summer League appearances with the Heat, Marcus Garrett averaged 7.3 points, 4.3 rebounds, 1.3 assists and 1 steal per game. He went undrafted in 2021. The Texas native signed a two-way contract with the Heat on Sept. 2, 2021. Garrett also played for the Sioux Falls Skyforce, the team’s NBA G League affiliate.

The guard played only 12 games with Miami in the 2021-22 season before undergoing season-ending wrist surgery. He was waived earlier this year by the Heat on Jan. 16. Garrett and Darius Days would fit right in.

Regarding his college performances, in 30 games played with Bethune-Cookman last season, Garrett averaged 13.6 points, 4.4 rebounds, 2.8 assists and 1.2 steals per game. The guard averaged 45% shooting from the floor and 30.2% from downtown.

In the 2021-22 season, Garrett ranked sixth in the SWAC in points (407), ninth in points per game (13.6), fourth in made field goals (152) and first overall in usage percentage (29.8). Usage percentage is an estimate of the number of team plays used by the player while on the court.

Additionally, in Bethune-Cookman’s 69-63 win over Grambling State on Feb. 28, Garrett scored a career-high 27 points in 37 minutes played. The guard shot 7-for-15 from the field. Other articles related to Darius Days, Marcus Garrett or the Heat are on the main page.