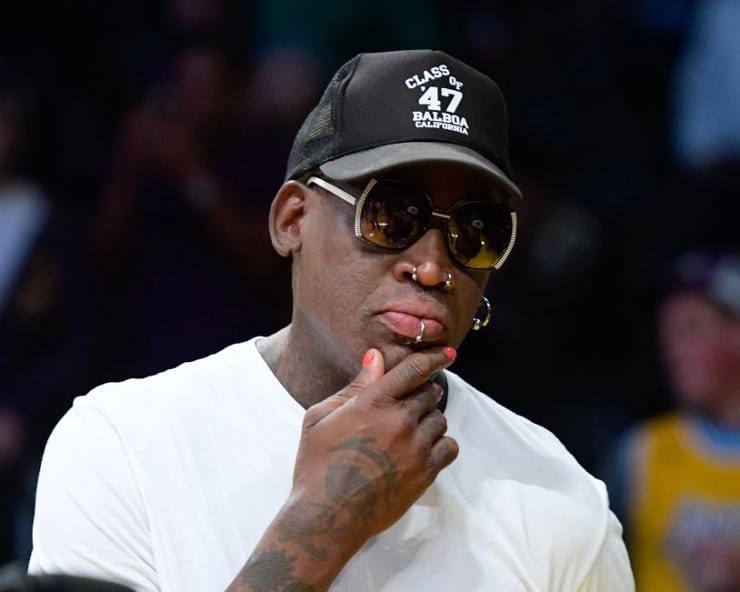 Retired Chicago Bulls legend Dennis Rodman announced his plans to travel to Russia and negotiate Brittney Griner’s release. She’s been detained overseas since February for bringing marijuana into the country.

In July, Griner pleaded guilty to carrying vape cartridges with cannabis oil. The WNBA star traveled to Russia to play for the UMMC Ekaterinburg of the Russian Women’s Basketball Premier League.

Then, on Aug. 4, the two-time Olympic champion was sentenced to nine years in prison for 0.072 grams of weed found at Sheremetyevo International Airport.

In an interview with NBC News on Saturday, Rodman said, “I got permission to go to Russia to help that girl.” When asked about a specific travel date, the retired Bulls star replied, “I’m trying to go this week.”

Bae was charged with planning to overthrow the North Korean government in April 2013. He was sentenced to 15 years in prison. On November 8, 2014, Bae was officially released.

However, the Russia-Ukraine war is still ongoing. Rodman can only do much to grant any American’s release. Following Russia’s invasion of the Ukraine in February, the U.S. placed sanctions on Russia. Not to mention, American-Russian relations have been soured for decades.

Trevor Reed, an American citizen and former marine, has also been detained in Russia since 2019. The Worm might as well negotiate the release of all American prisoners.

In a trip to Moscow in 2014, Rodman met Russian President Vladimir Putin. He called him “cool” in one interview. Considering the five-time NBA champion convinced Kim Jong-Un to release a prisoner in North Korea, maybe he’ll have success accomplishing the same goal with Putin in Russia.

Quite a few Americans believe Griner is being held hostage as a political prisoner. According to Griner’s lawyers, the WNBA player had a marijuana prescription from an Arizona doctor. However, outside the United States, this defense is irrelevant. Even several U.S. states have strict marijuana laws.

A spokesman of the State Department released this statement: “Russia Travel Advisory remains at Level 4 — do not travel — due to a number of factors, including the unprovoked and unjustified invasion of Ukraine by Russian military forces and the potential for harassment against U.S. citizens by Russian government security officials…”