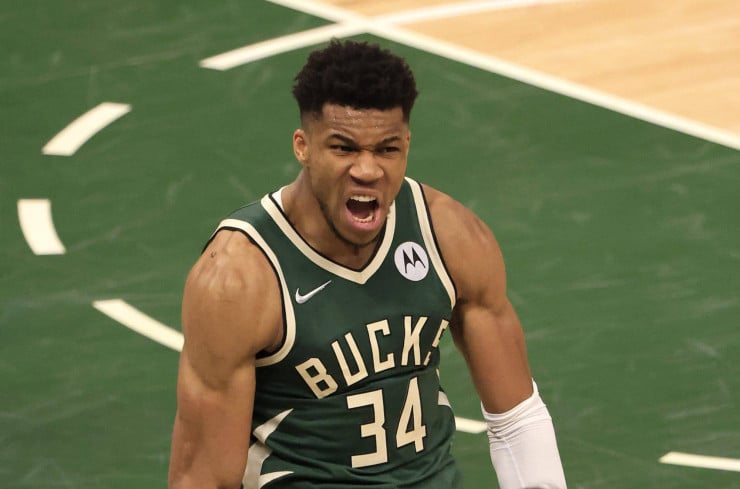 Two-time MVP Giannis Antetokounmpo is now officially a co-owner of the MLB’s Milwaukee Brewers. Friday afternoon, it was reported by front office members of the Brewers that the 26-year-old Milwaukee Bucks star had purchased stake in the organization. In a statement, the 2021 NBA Finals champion said, “The city of Milwaukee means so much to me. I am honored to be joining the Brewers ownership group to further my commitment and dedication to this great community.”

From the team’s official Twitter account, they tweeted, “Giannis Antetokounmpo has joined the crew! The two-time MVP is officially part of the Milwaukee Brewers ownership team. Thank you, Giannis, for your commitment to our team and Milwaukee.” Brewers’ principal owner Mark Attanasio stated, “We are honored to have Giannis join our team of Milwaukee Brewers investors.” Unfortunately, it is unknown at the moment regarding how many shares Giannis bought.

Giannis Antetokounmpo has joined the Crew!

The two-time MVP is officially part of the Milwaukee Brewers ownership team. Thank you, Giannis, for your commitment to our team and Milwaukee!
@Giannis_An34 | #ThisIsMyCrew pic.twitter.com/3xRk2yNHrp

According to sources, the Greek Freak is the first individual investor to join the organization’s ownership group since Attanasio bought the team in 2005. Regardless of the cost, the star can afford it. In the 2020-21 NBA season, he was selected to his fifth All-Star Game and won the All-Star Game MVP award.

Furthermore, the Greek Freak won the 2021 NBA Finals MVP and was selected All-NBA First Team for the third time in his career. On December 15, 2020, he signed a five-year, $228 million extension with the Bucks. The forward earned $27,528,088 last season and is set to earn $39,344,970 next season. Giannis is also not the only athlete who became co-owner of an MLB team this year.