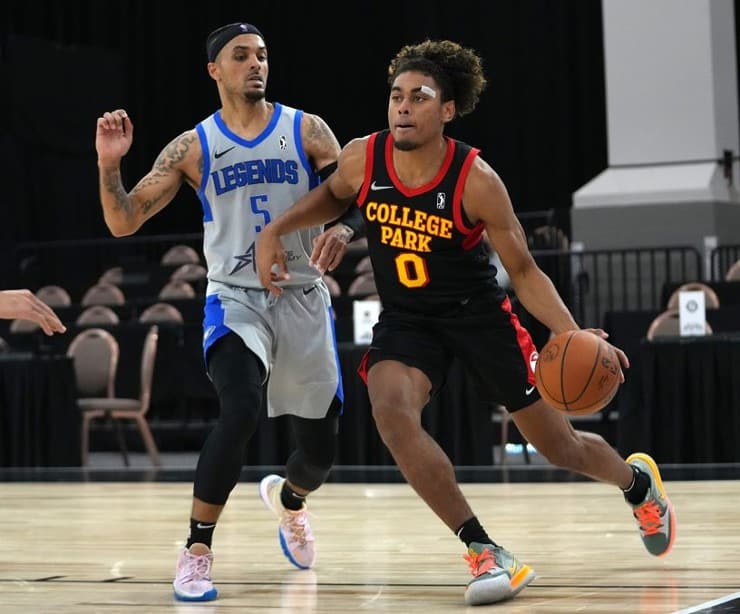 The Atlanta Hawks have signed guard Malik Ellison to a training camp deal. This is a non-guaranteed contract. Ellison went undrafted in 2020 out of Hartford.

Malik is the son of Pervis Ellison, selected No. 1 overall by the Sacramento Kings in the 1989 NBA Draft. Pervis played 11 years in the league. With the Washington Bullets, he won NBA Most Improved Player in 1992.

Last season, while with the College Park Skyhawks — the team’s NBA G League affiliate — the Hartford product averaged 10.6 points, 5.1 rebounds, and 1.1 assists per game in 14 contests.

In the following season, Ellison averaged 7.4 points, 3.3 rebounds, and 2.5 assists per contest in 33 appearances.

Then, after transferring to Pittsburgh, he redshirted for his junior year. Per NCAA rules, the guard sat out for the 2017-18 season.

Additionally, as a graduate transfer, the guard then transferred to Hartford for his senior year. In the 2019-20 season, Ellison averaged career highs 18.7 points and 9.7 rebounds per game in 23 starts. He also shot an impressive 51.4% from the field.

He was selected to the All-AEC First Team.

More news stories concerning Malik Ellison and the Hawks are on the main page.