Home » news » Head To Head Who Has Most Riding On Tournament 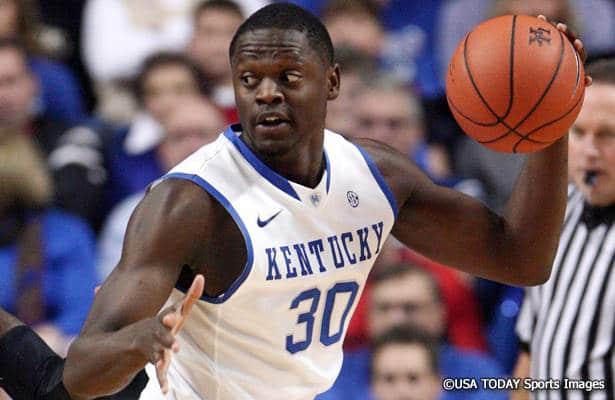 It’s no secret that a strong performance in the NCAA Tournament can help a player’s NBA draft stock. But which player has the most riding on the Big Dance this year? Yannis Koutroupis, Alex Kennedy, Joel Brigham and Jessica Camerato weighed in:

The player who has the most the most riding on the NCAA Tournament, in my opinion, is Creighton’s Doug McDermott. McDermott, who has scored over 3,000 points in the career, is not projected to be anywhere near the same type of difference maker at the next level as he is in college for a variety of reasons. The main concern is that he’s a below-average athlete without a set position. Whether he eventually ends up at small forward or power forward, being able to hold his own defensively is going to be a real challenge.

He has an undeniable gift for scoring the basketball, but his body of work is primarily against subpar competition. Creighton did play in the Big East this year for the first time in attempts to change that, but their arrival came at the same time as Pittsburgh, Syracuse, UConn, Notre Dame, Cincinnati and Louisville’s departure. Marquette and Georgetown, typically contenders, had down years this season as well. Without playing their Round of 32 game yet, they’re the only Big East team still alive in the Big Dance, which says all you need to know about the strength of their league.

While that’s no fault of McDermott’s or Creighton’s, the move still hasn’t provided quite the increase in credibility that they were hoping for. The only way his stock can really rise from the middle of the first round, where it currently resides, is by taking his team deep into the tournament and eliminating true title contenders. Defeating the long and athletic Baylor Bears on Sunday would be a nice start, as it would mark their first Sweet 16 appearance with McDermott. If they are eliminated in the opening weekend again, look for all of the talk about McDermott to revolve around what he’s not going to be able to do at the next level. If they survive and advance into at least the Elite Eight, teams drafting in the top 10 will have a much easier time falling in love with him. They need to see him excel on the biggest stage to help convince themselves that he’s worth investing in despite his athletic shortcomings.

Throughout the 2013-14 season, Randle has been mentioned in the same sentence as prospects like Wiggins, Parker and Embiid, but his name usually appears at the end of the sentence. Randle is rarely mentioned as a top pick candidate in the 2014 NBA Draft, despite the fact that he has been very productive this season and has a ton of potential, just like Wiggins, Parker, Embiid and the other top prospects in this class. Kentucky has had their issues this season, but there’s no question that Randle is extremely talented and could become a star in the NBA.

This is Randle’s chance to show what he can do on college basketball’s biggest stage. The 19-year-old is the best prospect left in the tournament and he has played well in Kentucky’s wins. He had 19 points and 15 rebounds in Kentucky’s opening win against Kansas State and had 13 points, 10 rebounds and six assists in the Wildcats’ win over Wichita State (not to mention some clutch free throws).

Randle and the Wildcats will take on Louisville next, and if Kentucky can continue to advance behind Randle’s strong performances, his draft stock will significantly increase and we may be talking about the forward as the top pick in the 2014 NBA Draft.

Arizona’s Aaron Gordon has a unique opportunity in this year’s NCAA Tournament to transform himself from a mid-to-late lottery draft pick this June to somebody who could perhaps be one of the first five players selected.  Unlike Jabari Parker and Marcus Smart, who were already considered elite before their teams’ first-round exits, Gordon could actually use this tournament to improve his draft stock, and there are more than a few scouts that need to see a little bit more out of him to justify taking him before someone like Smart or Australian prospect Dante Exum when the draft does finally roll around this summer.

Gordon is a bit of a tweener forward at 6’9, but he’s a freak of an athlete and an elite defender at both forward positions.  Those two things are more than enough to justify using a lottery pick on him, but his inefficient, unattractive midrange jumpshot is something that most agree still needs quite a bit of work.  Obviously, he could develop that at the University of Arizona as a sophomore, or he could do it just fine as a rookie in the NBA, but a monster tournament performance could put any concerns on the backburner.  A couple of big offensive games, with Gordon leading the charge for a deep Wildcats run, would go a long way for his draft stock.

His strengths are incredibly strong, but there are some questioning not only his ability to lead at the next level, but also his ability to be more than just a “glue guy” on an NBA roster.  At the very least, he’ll fit that role beautifully, but lottery teams want franchise-altering talents, not necessarily complementary players.  For Gordon to prove he’s more than that, he’ll need a big tournament, and not just in a supporting role for a championship team.

The debate over the top pick in the 2014 NBA Draft has been raging on since last year. But before any of these young athletes entered the pros, they would have an opportunity to showcase their talents under the spotlight of the NCAA Tournament. Jabari Parker entered the tournament as a member of third-seeded Duke. Like this potential college career, though, they were one and done in an upset against 14th-ranked Mercer. Parker scored 14 points in the loss, shooting 4-for-14 from the field and 0-for-3 from long range. He grabbed seven rebonds in 28 minutes, but these were all below his season averages.

We know NBA talent can’t be judged by March Madness — if that’s the case players like Kevin Durant would have won the championship — but the implications could be different for Parker. Following the defeat, he told ESPN’s Andy Katz his career is “incomplete” and his decision to return to school versus the enter the NBA could be affected. Let’s be honest, a first round loss isn’t going to drop Parker into the second round of the draft. Teams have seen enough this season to gauge his talent and potential. Pondering whether or not to play another year at Duke, though, would impact not only Parker but the entire draft class and the NBA next season.