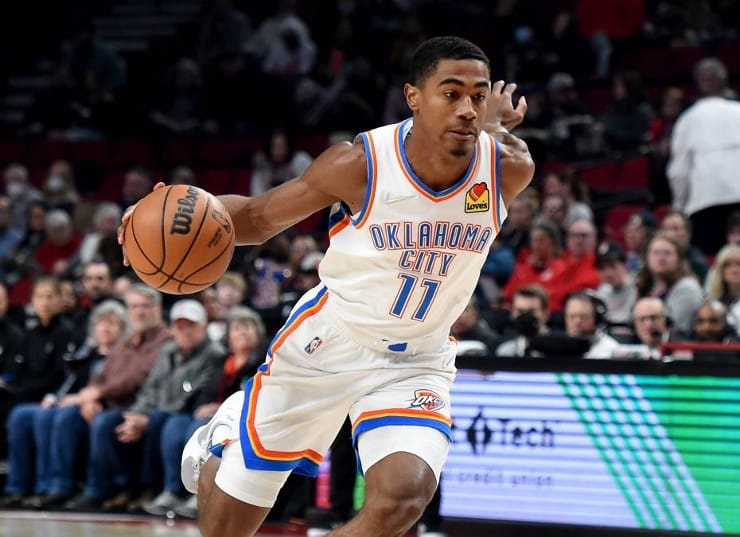 The Charlotte Hornets have signed guard Theo Maledon to a two-way contract. This move comes three days after he was waived by the Houston Rockets.

Guard Bryce McGowens occupies the other two-way spot. A week ago, the Hornets inked forward Xavier Sneed to an Exhibit 10 contract. And forward Isaiah Whaley was waived by the team.

A few NBA betting sites are giving the Hornets the 10th-lowest odds to win the championship in 2023. However, a handful of bettors are expecting Charlotte to return to the playoffs for the first time since the 2015-16 season.

It appears that both Moe Harkless and Theo Maledon have cleared waivers and are now unrestricted free agents.

Rockets lead the NBA with over $52M in dead money this season.

Maledon was selected 34th overall by the Philadelphia 76ers in the 2020 NBA Draft.

Though, he was then traded to the Thunder, along with Al Horford, Vasilije Micic, and a 2025 first round draft pick for Terrance Ferguson, Danny Green, and Vincent Poirier.

In 51 games played last season, Maledon logged 7.1 points, 2.6 boards, and 2.2 assists. He also shot 37.5% from the floor and 29.3% from downtown. Statistically, the guard regressed in his sophomore season.

While with the Oklahoma City Blue, the team’s NBA G League affiliate, the guard averaged 13.5 points, 6.5 rebounds, 5.3 assists, and 1.5 steals per game in eight appearances.

Leading into the 2022-23 season, Maledon will spend his time with the Greensboro Swarm, the Hornets’ G League affiliate.

From 2017 through 2020, the Frenchman played with ASVEL, a professional basketball club of the LNB Pro A. In the 2018-19 season, Maledon averaged a career-high 7.4 points per game in the LNB Pro A.

In the following season, the guard tied his career-high average in scoring in the EuroLeague. Also, he recorded 1.8 rebounds and 3.1 assists per contest in 22 games.

Pertaining to his contract with the Hornets, this signing makes sense. Theo Maledon fills the second two-way spot on the roster. So, the team is all set for the 2022-23 season.

On Wednesday, Oct. 19, the Hornets open their season against the San Antonio Spurs.