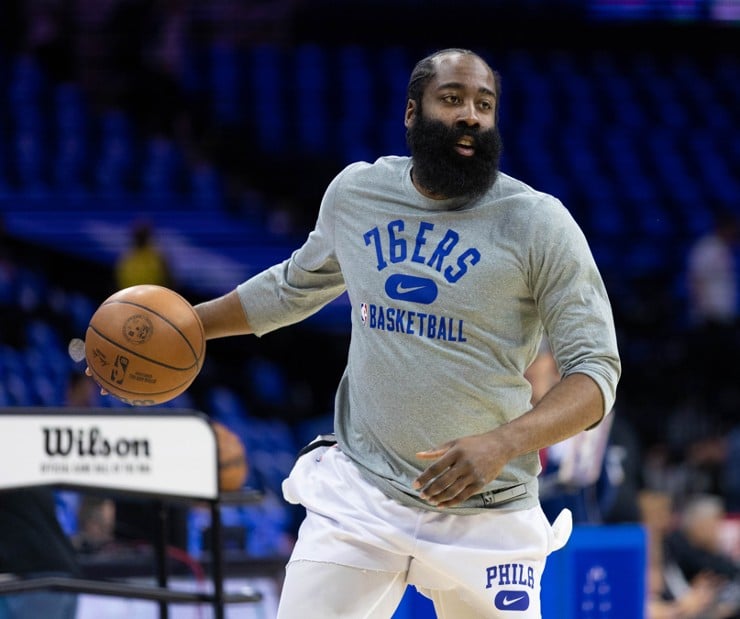 The Philadelphia 76ers have re-signed former MVP and ten-time All-Star James Harden to a two-year, $68.6m deal in a pay cut which allowed the team to sign the likes of PJ Tucker and Danuel House Jr ahead of next season.

Having not made it past the conference semi-finals since a finals loss in 2001 against the Los Angeles Lakers in five games, today’s Philadelphia 76ers are quickly becoming one of the most underwhelming playoff stories with talent in abundance, but no postseason success to show for it.

Joel Embiid, James Harden, Tyrese Maxey, Tobias Harris, and PJ Tucker are all household names across the NBA and should present Doc Rivers’ team with a strong playoff challenge next season – however nothing is a given as history tells us.

The Sixers have lost in the conference semi-finals in the last two consecutive years against the Atlanta Hawks and Toronto Raptors respectively, and have been plagued with injury trouble to their star man Joel Embiid alongside unwanted drama with former player Ben Simmons.

In the last 15 years, players such as Boston Celtics superstar Jayson Tatum who is just 24-years-old already has more playoff wins than the 76ers since 2001 which is seen as an embarrassment to such a big-market franchise.

Ultimately, the Sixers’ playoff success next season relies heavily on Joel Embiid’s health, and which version of James Harden they will get. At 32-years-old, time is running out for Harden to win his first NBA championship as he seems to decline year-by-year.

Embiid is almost guaranteed to be an MVP candidate for Doc Rivers’ team, after narrowly missing out on the award last season to fellow big man Nikola Jokic from the Denver Nuggets who won it for the second year in a row.

The path to a championship for Philadelphia is far from a walk in the park – they would potentially have to overcome Giannis and the Milwaukee Bucks who won the championship in 2021, Jayson Tatum and Jaylen Brown of the Boston Celtics who recently made the finals, and 2020 runners-up Miami Heat led by playoff expert Jimmy Butler.