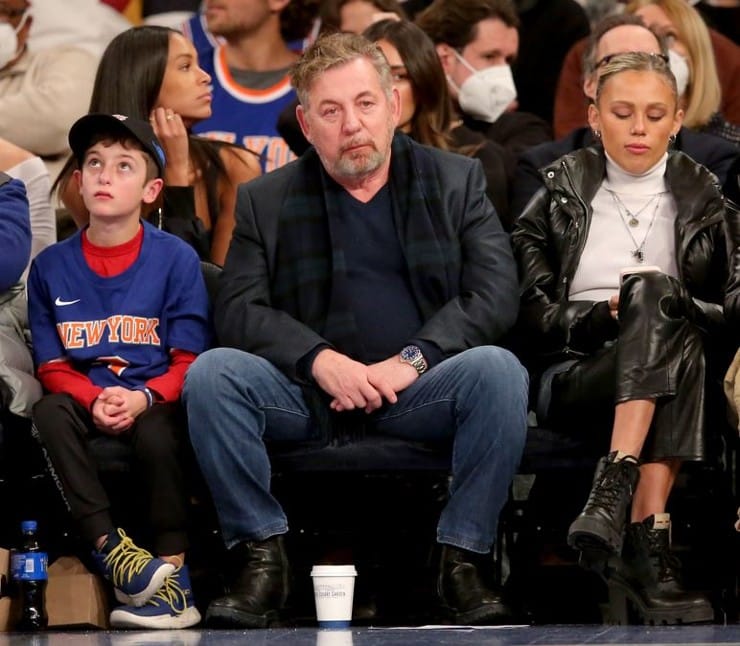 James Dolan presumed ownership of the New York Knicks in 1999, and the billionaire has been asked on multiple occasions on whether or not he’d decide to sell the Knicks. That time could be coming sooner rather than later. His choice to do so would change the NBA forever.

On Monday, MSG Sports analyst Jonathan Boyar told CNBC, “The current case is right now the enterprise value is $4.7 billion. The Knicks, uh, were just valued at $6 billion. So essentially, you’re getting paid to own the [New York] Rangers.”

“We think it’s likely that after that is done, James Dolan, who controls the company, will sell the teams”

“Their sister company, Madison Square Garden Entertainment, is currently, uh, about to finish a project in Las Vegas called the Sphere. And we think it’s likely that after that is done, James Dolan — who controls the company — will sell the teams.” MSG Sphere is set to open in 2023.

“And what’s really interesting is private equity has gotten involved in a big way. It wouldn’t surprise us to put a marker on one or both of the teams, if private equity decides to take a stake.”

When asked about a tax liability, Boyard responded, “You never know what’s going to happen… We’ve been investing alongside them [Dolans] for a long time. And it’s been quite profitable.”

Furthermore, with the MSG Sphere opening in 2023, one has to wonder if the Dolan family would be more interested in owning teams in Las Vegas.

“Plus, there is a huge beneficiary of legalized sports gambling. It’s now their largest sponsorship category. So, there’s a lot to like.”

“And I think, you know, whether they sell part of all the team — and one thing to note is that one thing Dolan could have done over the past decade has not been to sell the team. Essentially, it’s just gone up, up, up in value, and it’s been a great move for shareholders.”

In one 2018 interview with ESPN’s Ian O’Connor, Dolan released this statement to the analyst: “I can tell you that nobody in my family wants to sell the Knicks and Rangers. It’s not just my dad. It’s the whole family; my [five] brothers and sisters. They like being owners.”

However, that was four years ago. He has received offers in the past for $5 billion. But none of the deals were sincere. Not to mention, owners are looking to avoid deals with strings attached. How much longer will James Dolan own the Knicks and Rangers? That’s the ultimate question. He’ll sell only if the price is right.