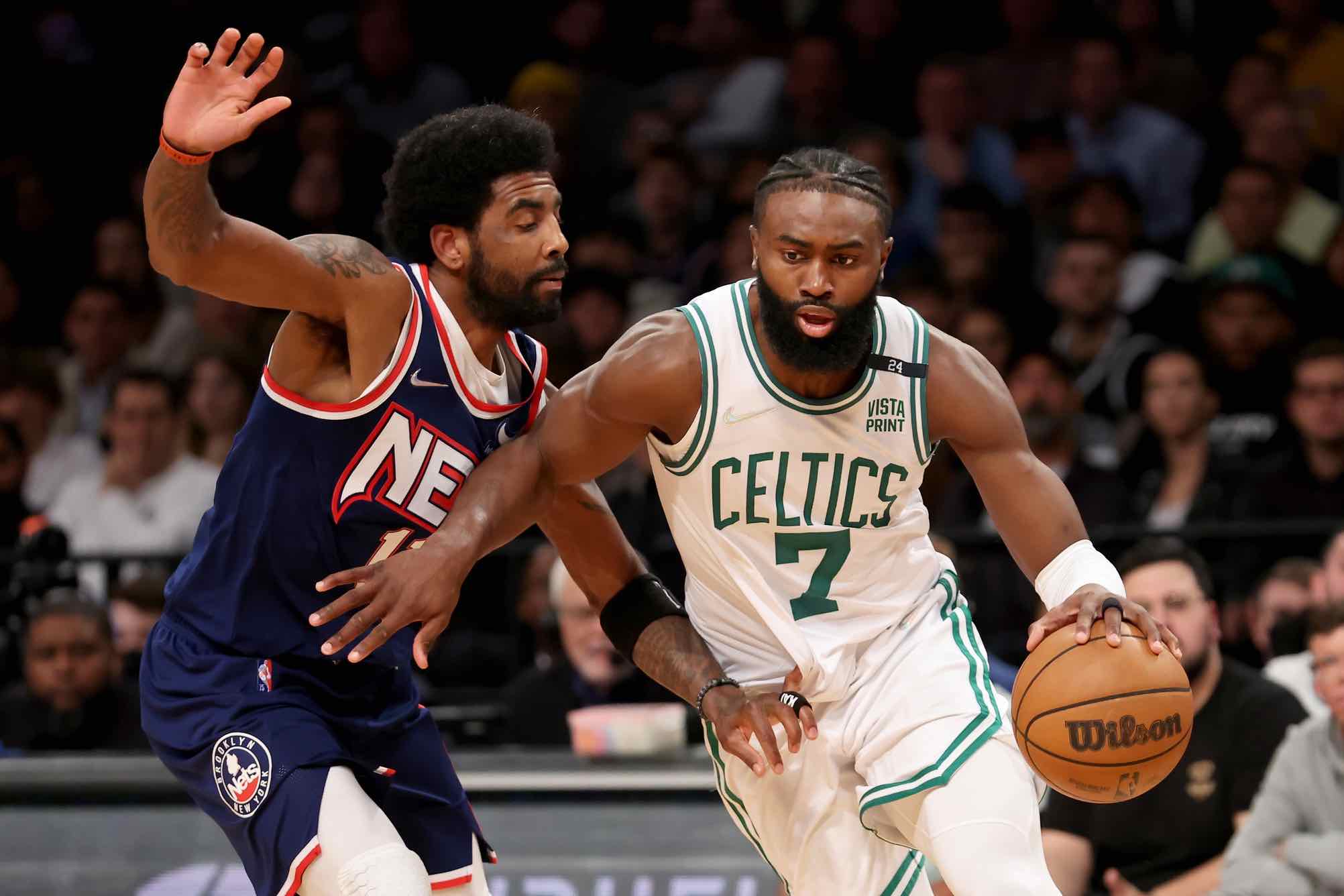 Boston Celtics guard and NBPA Vice President Jaylen Brown has spoken out in support of former teammate Kyrie Irving, who has been suspended by the Brooklyn Nets for sharing anti-Semitic material on Twitter.

Brown, 26, told Gary Washburn of The Boston Globe that the players union is ‘not comfortable with the conditions placed by the Brooklyn Nets on Kyrie Irving’s return from suspension.

Irving, the number one overall pick in the 2010 NBA Draft, will meet with the league’s commissioner Adam Silver today to discuss the incident, including his refusal to apologize and deny anti-Semitic views in interviews.

Sources: Nets have delivered Kyrie Irving six items he must complete to return to team:

Kyrie was suspended for a minimum of five games without pay, which was followed with an uncharacteristic apology on his Instagram account.

Kyrie Irving apologies on IG: “To All Jewish families and Communities that are hurt and affected from my post, I am deeply sorry to have caused you pain, and I apologize.” pic.twitter.com/9RrqpDAVzD

“I don’t believe Kyrie Irving is antisemitic,” Brown said. “I don’t think people in our governing bodies think he’s antisemitic. He made a mistake.

“We understand from an outside perspective how important sensitivity is to not condone hate speech and not condone anything of that nature. It’s sensitivity to the dialect around that.

“We don’t want to stand up for somebody in order to not condemn hate speech, but I don’t believe Kyrie Irving is antisemitic. And hopefully the NBA feels the same way.”

After signing with Brooklyn in 2019 during free agency, Kyrie has missed more games than he has played in. The 30-year-old also appears to be on thin ice with superstar teammate Kevin Durant, who is currently having an impressive season.

Per multiple NBA betting sites, the Nets now have the sixth-best odds to win the championship in 2023 at +1400; behind the Bucks, Celtics, Warriors, Clippers and Suns.

This may spell the end of Kyrie Irving’s NBA career, a champion in 2016 and a seven-time All-Star with three All-NBA honors and a member of the prestigious 50/40/90 club last year.