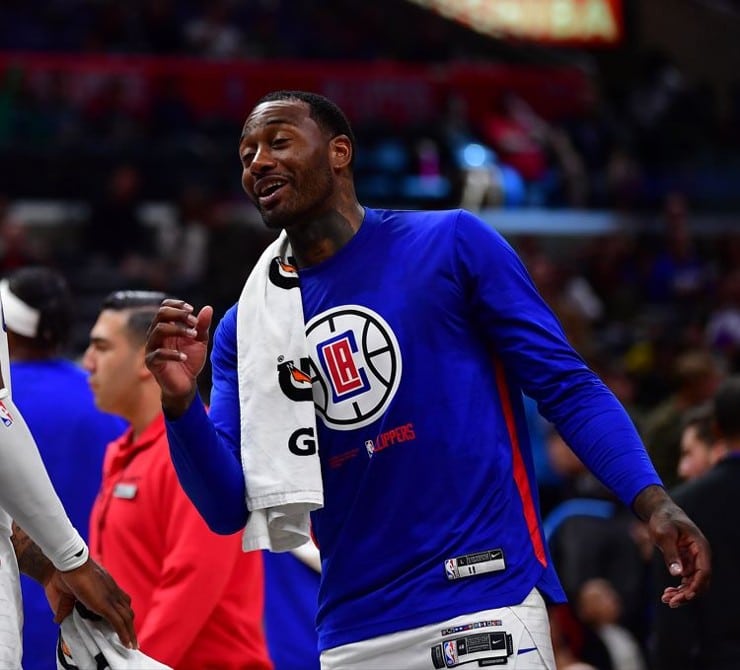 Los Angeles Clippers guard John Wall joined Maverick Carter, Paul Rivera, and Brownie Blendz in the latest episode of HBO’s “The Shop: Uninterrupted” to discuss his return to Washington and new chapter of his NBA career.

During a segment of the episode, Wall opened up on his Wizards-Rockets trade in 2020. “I never had the opportunity to be back and play in front of fans,” explained the five-time All-Star.

Per multiple NBA betting sites, the Clippers have top-5 odds to win the championship in 2023. A few sportsbooks are anticipating the team will challenge the Golden State Warriors in the Western Conference.

“So hopefully I’ll get that big stand ovation that I think I deserve,” continued John Wall. “My ultimate goal was trying to bring the championship.”

Wall was selected first overall by the Wizards in the 2010 NBA Draft. The North Carolina native spent his first nine seasons with Washington. He owes his professional career to the organization for drafting him.

“Everything I gave to that city, like playing through my injuries, giving back to the community,” said Wall, “I felt it like a second home to me.”

Clippers guard John Wall hopes to receive a standing ovation when he returns to Capital One Arena in Washington, D.C.

In December 2020, the Wizards traded Wall and a 2023 first-round draft pick to the Rockets for Russell Westbrook. The guard missed the entire 2019-20 season with Washington due to an ACL injury and a serious infection.

Wall was also asked why the Rockets traded for him if they didn’t want him. “I couldn’t believe it,” replied the 32-year-old. “It was interesting because I think when they traded for me, I think they thought James Harden was gonna stay and then when I got there, he wanted to leave.”

Of course, after hearing the Rockets’ plans to develop their young backcourt in Kevin Porter Jr. and Jalen Green, John Wall decided to sit out the entire 2021-22 season. He wanted more playing time. That was the bottom line.

Not to mention, his contract with Los Angeles includes a trade restriction. In the event it doesn’t work out, Clippers G.M. Michael Winger will have to wait until Dec. 15 to trade John Wall.

According to the schedule, the Clippers play the Wizards on Dec. 10 at Capital One Arena. This game will air live at 7 p.m. ET. A week later, they play Washington again at Crypto.com Arena.