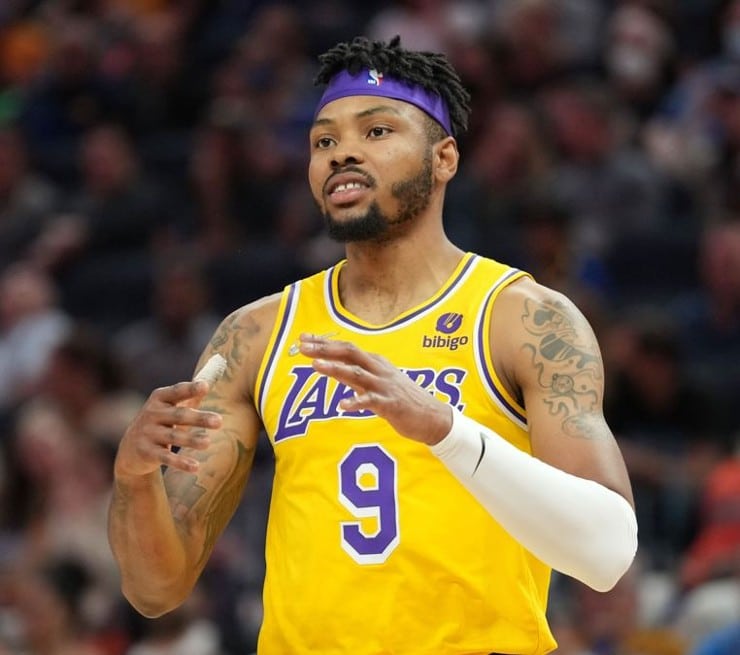 Kent Bazemore has agreed to sign a one-year deal with the Sacramento Kings. The offer is a veteran minimum contract. This move helps fill their final roster spot, and Kings G.M. Monte McNair decided to bring back the 10-year NBA veteran to enhance his frontcourt.

In 2012, he went undrafted out of Old Dominion. During the 2019-20 season, the Trail Blazers traded Bazemore to the Kings. The forward finished the season with Sacramento.

Moreover, on August 6, 2021, the forward signed a contract with the Lakers. Last season, in 39 games played and 14 games started, Kent Bazemore averaged 3.4 points and 1.8 rebounds per game. Not to mention, he averaged 32.4% shooting from the floor and 36.3% from 3-point range.

However, his minutes were limited last season. While he averaged 23.1 minutes per game with the Kings a couple of years ago, Bazemore played for only 14 minutes per game in the 2021-22 season.

Avery Bradley received more minutes, later replacing Bazemore. Plus, Austin Reeves and Malik Monk are younger, more durable wing options for the Lakers as well. It’s why he fell out of the rotation.

Kent Bazemore will come off the bench for the Sacramento Kings

Months later, the forward scored a new career-high 28 points in the Hawks’ 100-88 loss to the Heat.

On the Kings, Bazemore will likely come off the bench for Harrison Barnes. Sacramento has a lot of frontcourt depth right now.

The forward also once played for former Warriors assistant coach Mike Brown. The Kings announced Brown as their next head coach on May 9. Will Sacramento ends its 16-year playoff drought next season?

The Kings have not made the playoffs since the 2005-06 season. Of course, the team was swept in the first round of the 2006 NBA Playoffs by the Spurs. That season, the Kings finished their regular season 44-38 (.537).

More news stories pertaining to Kent Bazemore and the Sacramento Kings are on the main page.