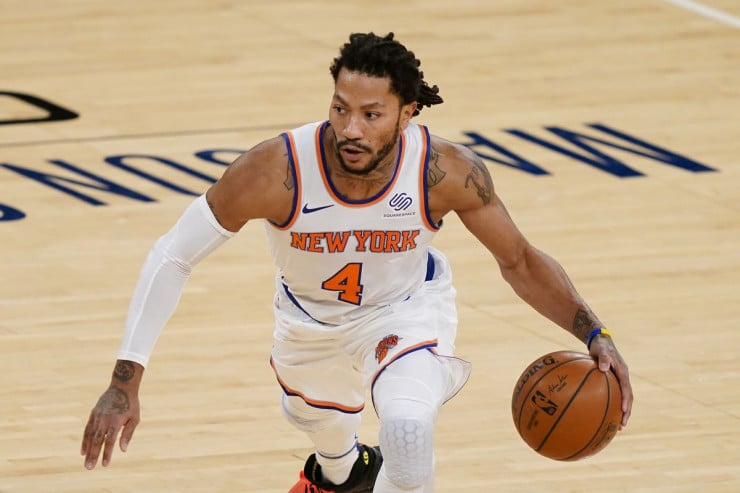 The New York Knicks will re-sign point guard Derrick Rose and sign former Boston Celtics guard Evan Fournier. Rose is expected to sign a three-year, $43 million contract. On February 8, 2021, Rose was traded by the Detroit Pistons to the Knicks for Dennis Smith and a 2021 second-round draft pick. The 32-year-old point guard earned $7,682,926 this past season. In the 2020-21 NBA season, in 50 games played, the three-time All-Star averaged 14.7 points, 2.6 rebounds and 4.2 assists per game. His field goal shooting percentage was also 47 percent. After finishing 41-31 (.569) last season, the Knicks qualified for the playoffs for the first time since 2013.

Additionally, Fournier will sign a four-year deal that is worth up to $78 million. Last season with the Celtics, the shooting guard/small forward averaged 17.1 points, three rebounds and 3.4 assists per game in 42 games played. He also shot 45.7 percent from the field. However, he also missed a number of games last season due to the COVID-19 health and safety protocols. On March 25, 2021, Fournier was traded by the Orlando Magic to the Boston Celtics for Jeff Teague. The St. Maurice, France native is set to earn $17,450,000 next season, so this is a pricey decision for New York.

Free agent Evan Fournier has agreed to a four-year deal that could be worth as much as $78M with the New York Knicks, source tells ESPN.

In addition to these aforementioned offseason moves, the Knicks are re-signing free agent center Nerlens Noel. The 27-year-old center signed a three-year, $32 million contract. In 64 games played last season, he averaged 5.1 points, 6.4 rebounds and a field goal percentage of 61.4 percent. His defensive rating was 101.2 last season, ranking second overall in the league. Noel is a vital asset for acquiring rebounds and protecting the rim.

Regarding the team’s salary cap, Julius Randle has a cap figure of $21,780,000, leading all other players on the active roster. According to the 2021-22 luxury tax totals, New York has $71,957,769 available in current luxury tax space. The salary cap maximum has been confirmed by the NBA for the 2021-22 season. The amount is $112,414,000. Nevertheless, referencing the salary cap maximum, the team is over the cap right now by $14,724,012. The organization’s future trade moves and cuts this offseason will help improve their situation.