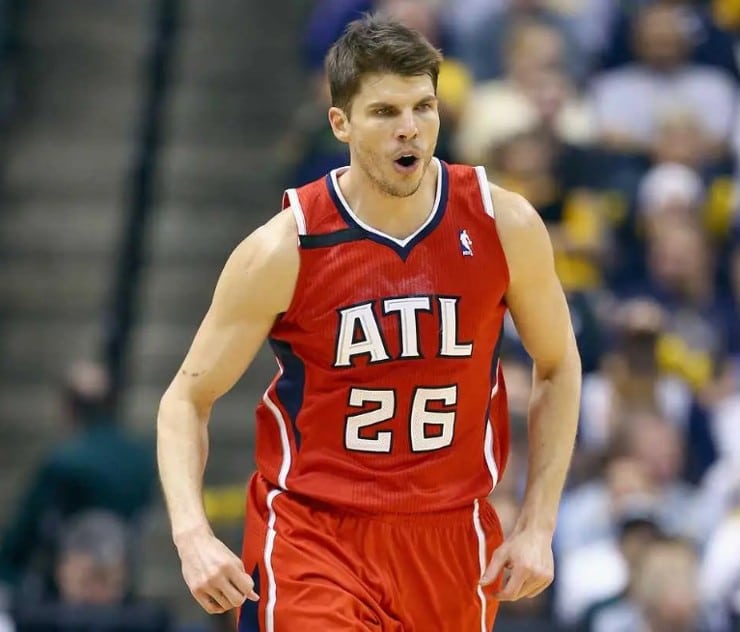 Kyle Korver is joining the Hawks front office as the director of player affairs. He will be responsible for working together with coaches to develop the players by improving weaknesses. Korver was selected 51st overall by the Nets in the 2003 NBA Draft. However, his draft rights were immediately sold to the 76ers.

After almost five seasons spent with the Sixers, the team traded him to the Jazz for Gordan Giricek and a 2010 first-round draft pick. He played three seasons with Utah before signing with the Bulls on Jul. 13, 2010. He lasted two seasons.

In a statement released by Hawks G.M. Landry Fields, the former player said: “We are excited to bring Kyle back to the Hawks. He is a tremendous person and someone whose presence will benefit all of our players, both on and off the court, drawing from his unique experiences over his 17-year playing career, as a late second-round pick who later became an All-Star in Atlanta and one of the league’s all-time best shooters.”

Of course, the forward/guard tied his season high in scoring on Jan. 17, 2015, when the Hawks’ defeated the Bulls 107-99 on the road. Korver finished his performance with 24 points, 6 rebounds, 2 assists, 1 steal and 2 blocks in 37 minutes of action. He will definitely serve as an excellent mentor for developing perimeter shooters.

Atlanta has made several other changes this offseason

In addition to trading Gallinari, the Hawks traded Kevin Huerter to the Kings for Maurice Harkless, Justin Holiday, a 2024 first-round draft pick and a trade exception.

Moreover, the Spurs waived Gallinari. A day later, he signed with the Celtics. Afterwards, the Hawks traded Landale to the Suns for cash and a trade exception. Then, the Hawks signed free agent center Frank Kaminsky to a one-year deal.

Lastly, Atlanta signed guard Tyrese Martin to a multi-year contract. In a total of five Summer League games, Martin averaged 13.8 points, 3.6 rebounds and 2.2 assists per game. Per team policy, the terms of these contracts were not disclosed.

As of today, the Hawks have not yet worked out a new contract for De’Andre Hunter. On Monday, per multiple sources, the front office and the forward were $20 million apart on a future contract extension. On Oct. 15, 2021, the Hawks exercised his $9,835,881 team option for the 2022-23 season. More news articles regarding Kyle Korver or the Hawks are on the main page.