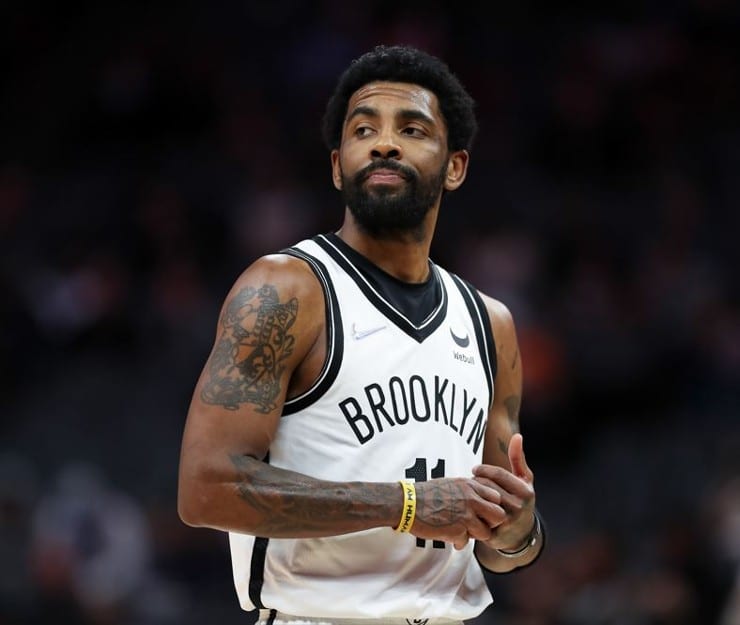 During NBA Media Week, Brooklyn Nets guard Kyrie Irving opened up about his decision to refuse the COVID-19 vaccines for the 2021-22 season.

The 11-year NBA veteran said, “I gave up four years, $100-something million deciding to be unvaccinated. That was the decision. It was contract/get vaccinated or be unvaccinated and there’s a level of uncertainty of your future…”

“I had to deal with that real life circumstance of losing my job for this,” continued Irving.

NBA betting sites are giving the Nets top-5 odds of winning the championship in 2023. Will the Nets win their first championship since 1976? Find out which sportsbooks are counting on Irving’s departure.

Per ESPN’s Bobby Marks, Kyrie Irving was eligible for an extension worth $187 million over four years. However, G.M. Sean Marks refused to offer the contract. Now, the Nets front office remains cautious on business decisions related to Irving.

"I gave up 4 yrs, $100-something mil deciding to be unvaccinated. That was the decision. It was contract/get vaccinated or be unvaccinated and there’s a level of uncertainty of your future… I had to deal w/ that real life circumstance of losing my job for this."

During the 2023 offseason, Irving will become a free agent. If the two sides are unable to work out an extension, this could be the guard’s final season with Brooklyn. An in-season trade in the coming months is also a possibility.

Pertaining to trade rumors, reporters asked Irving how close he was from being dealt by the Nets this offseason. “Yeah, there were options. But not many, I’ll tell you that, again because of the stigma.”

"I didn't appreciate how me being unvaccinated came to be a stigma within my career that I don't want to play, or that I'm willing to give up everything to be a voice for the voiceless."

Last season, the seven-time All-Star appeared in only 29 games during the regular season. Until March, unvaccinated players were ineligible to participate in games played at Barclays Center.

Based on how the front office treated Irving last season, Durant was looking for change within the Nets organization. But he went about the process all wrong.

As a result, both stars’ reputations took a hit. Since Durant and Kyrie Irving are both multimillionaires, they probably couldn’t care less about what fans think of them.

Though, planning a mutiny and insulting the team’s owner sends the wrong message to interested teams. The events that unfolded this offseason damaged the players’ trade value.