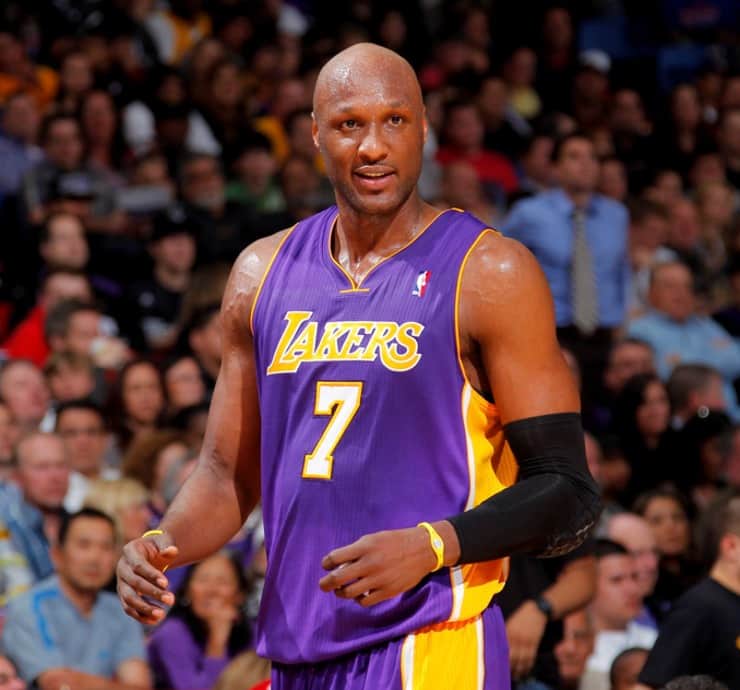 Moreover, in a 22-second video shown below, the retired two-time NBA champion made it clear that he wants to beat F.D. in the ring. On Jun. 11, 2021, Odom fought rapper Aaron Carter in an exhibition boxing match. He knocked Carter out in the second round. Then, he defeated Ojani Noa, Jennifer Lopez’s ex-husband, on Oct. 2.

Lamar Odom aims to knock out Fake Drake in the ring

While wearing a Nipsey Hussle shirt, Odom said, “Man, what’s up? I hear this news that this fake lookalike want to fight my man, Drake. Swagger-jagger-doo. But my man don’t really get his hands dirty. So what I’m going to do is step in the way and I’ma take that fight. Get the contract, bring it right to you, lay you right down. Odom out.”

Furthermore, Fake Drake has yet to respond to Odom’s video. So, who is this guy? Well, he’s an impersonator. At a Miami, Florida nightclub in November 2021, rapper Tony Lanez noticed something suspicious about the singer’s mannerisms. Needless to say, Lanez called him out. He wasn’t the real Drake, so he was just an imposter.

A woman thought he was the multi-millionaire rapper. She later posted a video on Instagram titled “I bumped into Drake” before finding out that Fake Drake was only an impersonator. Over the past several months, he’s been disrespectful to the Canadian rapper, and it’s all the more reason why Lamar Odom wants to fight him.

Fake Drake raps the same songs, wears the same clothes and he even got a heart-shaped haircut to match the real Drake’s image. It’s kind of creepy. His other nicknames include Uncertified Lover Boy, Frake and Champagne Sloppy.

During the 2007 NBA Playoffs, Odom averaged playoff career-highs 19.4 points and 13 rebounds per game. In a total of 961 career games played over the course of 14 years, the forward averaged 13.3 points, 8.4 rebounds and 3.7 assists per game.

He ranks 70th all time in total rebounds (8,059) and 54th for career triple-doubles (12). While not quite a hall of famer, he still had a great career. Other news articles pertaining to Lamar Odom are on the main page.