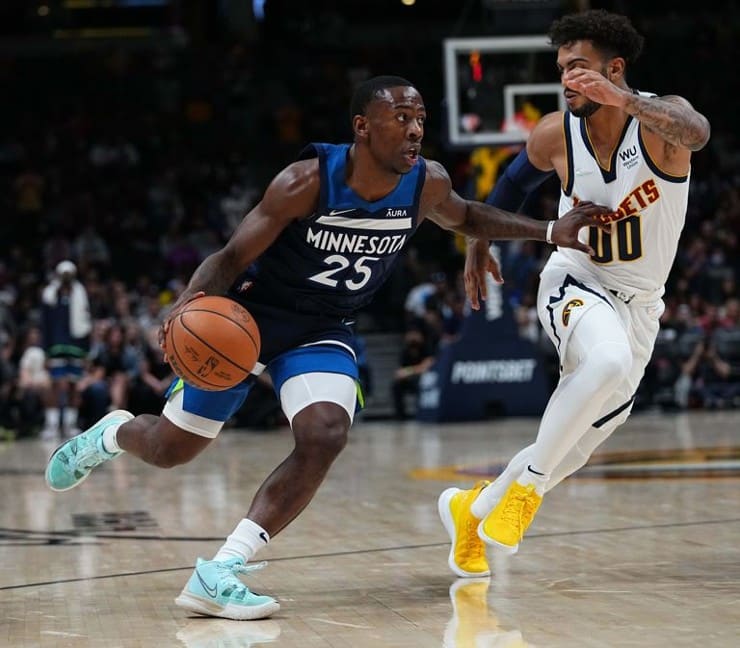 However, after signing a two-way contract with the Minnesota Timberwolves last season, he went on to appear in just five NBA games.

While with the Phoenix Suns during this past Summer League, through five games, Wright averaged 8.4 points, 4.6 rebounds, 5.6 assists and 1.2 steals per game.

Along with McKinley Wright IV, the Mavs are bringing Mouhamadou Gueye in for training camp

Then, in his sophomore 2018-19 season, the Minnesota native averaged 13 points, 4.9 rebounds, 4.8 assists and 1.1 steals per game. Not to mention, Wright averaged career-highs 49.4% shooting from the field and 36.5% from downtown. The guard received his first All-Pac-12 First-Team selection.

Wright went on to receive two more All-Pac-12 First-Team selections in 2020 and 2021. At the end of his junior season, he was selected to the Pac-12 All-Defensive Team.

Of course, by the end of his senior 2020-21 season, Wright had recorded career-high numbers. He averaged 15.2 points, 4.3 rebounds, 5.7 assists and 1.1 steals per game. The guard turns 24 this October. If he plays well during training camp, Wright could go on to help the Mavericks’ backcourt in this upcoming season.

As for Gueye, the 6’9″ forward went undrafted out of Pittsburgh a couple months ago. Through three years of college and 86 games played, the New York native averaged 8.7 points, 6.5 rebounds, 1.5 assists and 2.3 blocks per game. To add to these statistics, he averaged 43.6% shooting from the floor and 34.7% from 3-point range.

During his sophomore 2020-21 season at Stony Brook, in 21 games played and 16 starts, Gueye averaged 9.7 points, 7.1 rebounds, 2 assists and 3.1 blocks per game. He was selected to the AEC All-Defensive First Team and All-AEC Third Team. And the forward won AEC Defensive Player of the Year.

In his freshman and sophomore seasons at Stony Brook, Gueye led the AEC in total blocks and blocks per game.

One of Gueye’s most impressive attributes is his wide 7’3″ wingspan. He could have a brighter future in the G League with the Texas Legends. Though, coming off the bench, the forward definitely has the size to last in the NBA. Gueye turned 24 years old last month.

More news stories related to the Mavericks, McKinley Wright IV and Mouhamadou Gueye are on the main page.