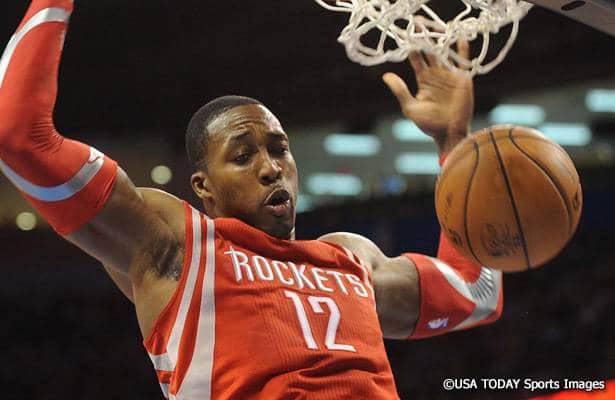 After faltering for a short period of time, the United States has re-established its global dominance in the game of basketball. Jerry Colangelo became the head of the USA National Team Program in 2005 and since then the senior national team has compiled a 62-1 record with first place finishes at the 2007 FIBA Americas Championship, 2008 Beijing Olympics, 2010 FIBA world Championships and 2012 London Olympics.

Becoming content and feeling like they could beat any other country with little preparation was the downfall of USA Basketball in the 2004 Athens Olympics. As preparation for the 2016 Rio Olympics and 2014 World Cup of Basketball in Spain begin, it’s clear that Colangelo and company is intent on not letting history repeat itself. A 28-player pool was released Wednesday and according to Colangelo it’s the best pool they’ve ever assembled.

The first thing you’ll notice is a lot of carryover from previous teams. That’s by design; the three C’s (continuity, commitment and camaraderie), as Team USA head coach Mike Krzyzewksi refers to them, has become the program’s foundation.

Ideally, they’d like a mix of veteran players on this summer’s World Cup team with young players who have yet to represent their country.

The overall look of the team will be different than we’ve seen recently, though, because it will have much stronger, formidable rotation at the four and five spots. Team USA played small ball in the London Olympics, but they’ll be able to play a much more traditional style of basketball moving forward, without having to ask guys to play out of position as much as they had to in the past due to injuries and availability.

“We’re excited about the post because we have more guys there than we’ve had before,” Coach K said. “In Aldridge, you have a young player in Drummond, obviously you have Cousins whose having a heck of a year. For Dwight Howard to be back with the group, he was such an integral part of the Beijing Olympics, and really one of the emerging stars in the NBA in Anthony Davis. This is more big guys than we’ve had before, one of them at the end of the gold medal game, at the four and five were Carmelo Anthony and LeBron James and that’s not bad, but hopefully all these guys are healthy and don’t have any contract or personal issues. The fact is that would be utopia, but we do have a few more options now.”

From the way Coach K raved about Davis in particular, it’s safe to say he’s a frontrunner to make both the World Cup and Olympic team.

“He’s not your normal big guy cause he’s very very fluid,” Coach K said. “He can guard probably every position. The thing I love the most about him is his athleticism, ability to block shots and finish. For this group he can a great rim protector for us and an amazing ball screen, defensive big guy because of his mobility and he can step in if necessary even switch and guard a number of players. It’s the offensive game, it continues to improve. We’re going to run, he can finish and really run the court well. He’s just a terrific young man. He’s also only 20 years, he’ll be 21 in March and he’s a star. He’s going to be a great great player.”

Even with the improved presence on the frontline, the face of Team USA will once again be LeBron James. He, along with Carmelo Anthony and Chris Paul, will take this summer off, but he’s on board for 2016 in Rio.

“He’s really excited,” Coach K said of James. “The one thing about LeBron, there’s so many things about LeBron that you love. I love the fact that he loves the game so much, he loves the history of the game, every aspect of the game. He’s really put his face on USA Basketball for this last decade and how he’s handled things has really helped the development of younger players and howthey approach the game. His love and commitment, he shows up every day. We’re very pleased that he wants to continue to be a part of this.”

“He was a young guy when he participated in Athens in ’04,” Colangelo said. “That seems like a long time ago, the fact that there wasn’t a lot of success on that team when he was 19 and then the success that followed in USA Basketball and in the NBA, he has developed into one of the great players of all-time. For him to do it a fourth time would be just another star or asterisk next to his name in his career.”

Of the 28 player selected for the pool, 12 will be selected to represent the U.S. in the World Cup in late August. If they win, they will have the summer of 2015 off. Otherwise, they’ll have to qualify during that summer to ensure their spot in Rio.

Rondo’s Position of Power: Boston Celtics president of basketball operations Danny Ainge revealed on a local radio show today that the team recently tried to negotiate a contract with star point guard Rajon Rondo, who recently made his return to the court after suffering a torn ACL last year. It was more of a sign of good faith and desire to keep him than anything, because Ainge knew all along there wasn’t much incentive for Rondo to accept an extension now.

“In the Collective Bargaining Agreement, there are limits on what can and can’t be done,” Ainge said. “Really, it’s not that Rondo doesn’t want to accept an extension, as much as it’s just not financially smart for him to accept it right now. We didn’t think he would [sign], but we did try.”

From now until July, Rondo is only eligible for a two-year extension. By waiting until July, he is eligible for a three year contract. However, Rondo would be able to get the most years by becoming a free agent and re-signing with the Celtics for five years at the end of next season.

Rondo is in the fourth year of a five-year, $55 million extension. Ainge admitted that there would be a lot of interest in Rondo should he become a free agent and that he’d likely garner “star money”; the potential of signing a max contract is going to make it very difficult for the Celtics to prevent Rondo from hitting unrestricted free agency. They’re going to have to come with a hefty offer in July. If they do and it still isn’t enough, that’s when we could see trade talks surrounding Rondo really mean something.