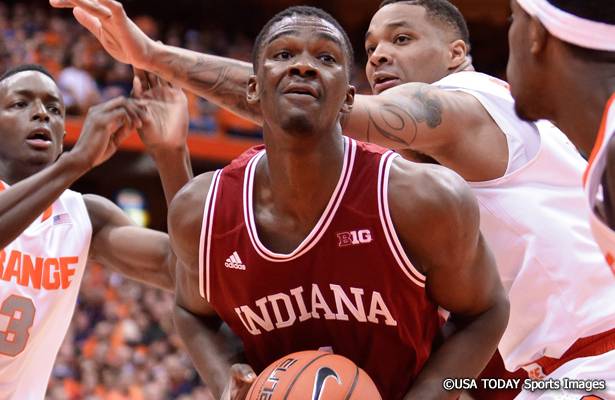 Our breakdown of the biggest rumors of the day in our NBA Rumor Round-Up. For more rumors and news, check out Basketball Insiders’ headlines, which are constantly being updated.

NBA front office executives expect Vonleh, a 6-foot-10 forward, would be selected somewhere between Nos. 7-12 in the draft. Still, there is widespread agreement his potential far exceeds his performance and preparedness for the NBA.

Vonleh’s inner circle has been engaged in dialogue with a few prominent NBA agents, especially across the past several weeks of the season, sources told Yahoo Sports. NCAA bylaws allow players, families and associates to talk with agents and still preserve their amateur eligibility.

In recent weeks, it became clear that Vonleh was strongly leaning toward forgoing his sophomore season at Indiana to enter the 2014 NBA Draft.

A number of NBA scouts and executives said that Vonleh’s departure from the Hoosiers was inevitable, especially once he started considering potential agents and pre-draft training sites.

At this point, Vonleh is being projected as a lottery pick and he may even be able to crack the top five depending on the draft order and team needs. Vonleh is just 18 years old, with jaw-dropping potential, a 6’10 frame and impressive length.

One NBA scout recently praised Vonleh during a conversation with Basketball Insiders.

“Vonleh is a very interesting player,” the scout said. “He needs time to develop, but he could end up being really good. I would definitely say he has All-Star potential. The upside is there. He can score with both hands, he has an outside shot and he’s a long, great athlete. He hasn’t had the chance to be a go-to guy at Indiana because their point guard shoots the ball a lot, but this is a kid who has all of the tools to be very special and he’s so young. Because he just turned 18 years old in August, it’s easy to see why a team would fall in love with him. He’s younger than a lot of the other prospects at the top of the draft, and he just has so much potential He hasn’t gotten the same amount of attention as some of the other players on this list, but he’s definitely someone to keep an eye on. A few years from now, he could be one of the best players from this class and an All-Star. The tools are there for him to be great.”


The Cavs would have been interested in Phil Jackson in some capacity in their front office for next year. The Knicks moved quickly and wrapped things up. He is expected to sign a five-year deal that will pay him $12 million, according to ESPN.com. Some observers wonder if Jackson is ready to roll up his sleeves and watch three hours of video of some prospect from North Dakota. Apparently, he’s ready to work.

via Bob Finnan of The Morning Journal

Had the Knicks not hired Phil Jackson to join their front office, league sources believe the Cavaliers would have offered the Zen Master a similar role.

The Cavaliers fired Chris Grant earlier this season and replaced him with interim GM David Griffin.

While it’s possible that Griffin could stay on as the team’s decision maker, league sources believe that the Cavs will open up the search this offseason and weigh all of their options. They put together a short list of potential candidates shortly after firing Grant, but decided to table the process until the offseason.

If Jackson had been available, Cleveland would’ve seriously pursued him. Now, Cleveland will have to look elsewhere if they want to replace Griffin.

Another team that likely would’ve expressed interest in Jackson is the Pistons. Jackson had been advising Detroit owner Tom Gores since last offseason, and many people around the league believe that the Pistons will replace Joe Dumars after this season.

While the Cavs and Pistons may have wanted Jackson, it’s likely that the 11-time champion would’ve still ended up in New York simply because it’s a marquee job in a large market and it’s hard to turn down $60 million over five years.

via Tom Moore of the Bucks County Courier Times

It’s no surprise that Andrew Bynum seriously considered joining the Miami HEAT when he was an unrestricted free agent earlier this season. After all, Miami is the two-time defending champions and he clearly could’ve played a significant role for the HEAT given their lack of frontcourt depth. However, there were reports that Bynum was holding out for an offer higher than the league minimum.

Bynum ultimately ended up signing with the Indiana Pacers on a one-year, $1 million deal. Indiana has arguably the deepest frontcourt in the NBA, with Roy Hibbert, David West, Luis Scola, Andrew Bynum, Lavoy Allen and Ian Mahinmi. Bynum joined the Pacers because he felt like the team could compete for a championship this season, and he wants to add a third ring to his collection.

The interesting part of this tweet is that Bynum considered returning to the Los Angeles Lakers. By the time Bynum was a free agent, LA’s season was already in flames and the team was clearly lottery bound. But maybe Bynum liked the situation because of the familiarity. After all, he hasn’t been the same player since leaving the Lakers, where he was an All-NBA center back in the 2009-10 season. Also, joining the Lakers could’ve been smart since he would’ve had an opportunity to play big minutes and have the ball in his hands. Maybe he felt going to LA for the remainder of the season and putting up impressive numbers could jump start his career and give him some more options this summer when he’ll be looking to ink a new deal.

In Bynum’s debut with the Pacers, he recorded eight points and 10 rebounds in 16 minutes.