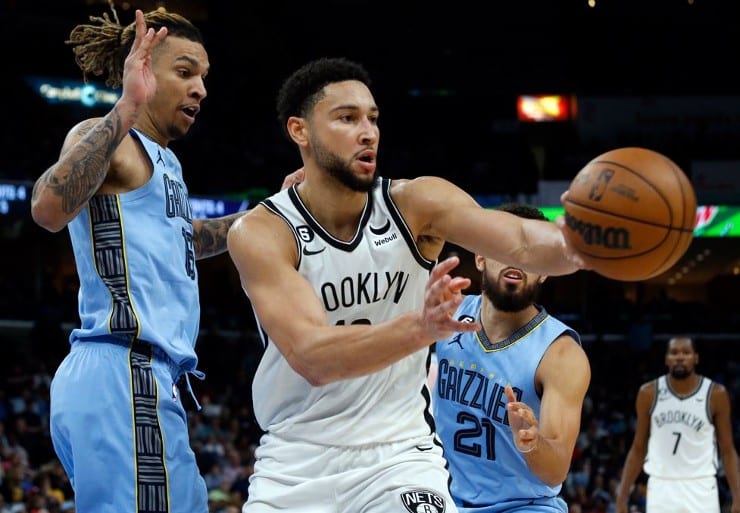 Brooklyn Nets guard Ben Simmons missed the entire 2021-22 season due to a contract dispute, back injury, and mental health issues. In February, the Philadelphia 76ers traded the guard to the Nets.

Now, the three-time All-Star wants to avoid falling into a slump this season. On maintaining consistency, Simmons explained his situation to reporters after a shootaround with the Nets on Wednesday.

According to some NBA betting sites, the Nets have the fifth-highest odds to win the championship in 2023. A few sportsbooks are giving them better odds than the Phoenix Suns and Milwaukee Bucks.

Ben Simmons on breaking his slump being in fits and starts instead of linear: “There's gonna be times where it's really ugly, like the other night for me. I've had a couple of games I was playing like sh1t.” #nets

“There’s gonna be times where it’s really ugly, like the other night for me,” said the Nets guard. “I’ve had a couple of games I was playing like s—t.”

Will Simmons record any triple-doubles this season? A few bettors are hopeful. Though, Nets analysts are lacking confidence in the LSU product. Some fans wonder if he doesn’t want to play at the professional level anymore.

Per Basketball-Reference statistics, Simmons is projected to average 12.5 points, 6.8 boards, 7 assists, and 1 steal this season with the Nets. If so, the guard’s five-year, $177 million contract has to be called into question.