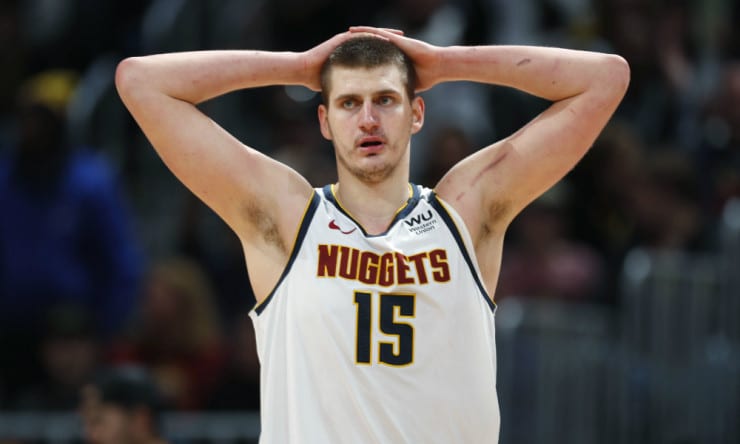 The Denver Nuggets will have to make ends meet without their superstar, Nikola Jokic, for at least one more game. The reigning two-time MVP is listed as doubtful for Tuesday’s matchup with the Detroit Pistons as he is still in health and safety protocols. This will most likely be Jokic’s fourth straight game out. As a result, Deandre Jordan and Zeke Nnaji will continue to see extended minutes for the Nuggets.

Point guard, Jamal Murray, is also expected to miss Tuesday night’s game due to health and safety protocols. Surprisingly, the Nuggets are still listed as favorites by many betting sites going into this game. This in large part due to the Pistons possessing a horrendous 3-15 win-loss record. Plus, Cade Cunningham and Isaiah Stewart are also expected to miss time. Regardless, the Denver Nuggets are still in for a tough test without their MVP floor general.

Injury report for Tuesday vs. Pistons:

While Nikola Jokic has not been putting up insane totals like he did last season, he is still in the top-five of the MVP ladder right now for a reason. Remember, the season is still young and the team is integrating many new players. So far, the Serbian sensation is averaging 20.8 points, 9.5 total rebounds, and 8.9 assists per game. Not to mention, he is also shooting 60.6 percent from the field to couple with a free-throw percentage of 87.5 percent.

Nikola Jokic and Company With Championship Aspirations This Year

While it will not be easy for the Nuggets to weather this short storm, it is important for the team to realize this will pass in short time. Thankfully, this is occurring at the start of the year rather than the playoffs. After last season when the Nuggets were short-handed, many felt this squad just needed to get fully healthy.

It is easy to see why many shared this sentiment. The Denver Nuggets currently have championship odds of +1800 per BetOnline. This is the eight best odds as of right now. However, Denver is certainly going to need their two best players in Jokic and Murray if they want to get to the promised land. Especially if the effort shown in Friday night’s loss to the Dallas Mavericks was any indication.

The Nuggets did bounce back Sunday in a rematch against the Mavericks. They gutted out an impressive one-point win thanks in large part to a clutch three-point shot made by Michael Porter Jr. with less than a minute to go in the game. If this showed anything, it proved that Denver’s depth is much improved this year. It also proved that they can snag a game or two if a key player goes down, unlike last season. The injuries were highlighted in a big way when the Golden State Warriors defeated Denver in five games in the first round of the playoffs.

The Nuggets have a solid opportunity to come out of this stretch without their league MVP with a winning record. However, this absence has really highlighted why he is the current MVP. Without him, the Nuggets barely look like a playoff team. Despite this, the matchup against Detroit will be another opportunity for the supporting cast to gain valuable experience together and for head coach, Michael Malone, to experiment with different lineups.