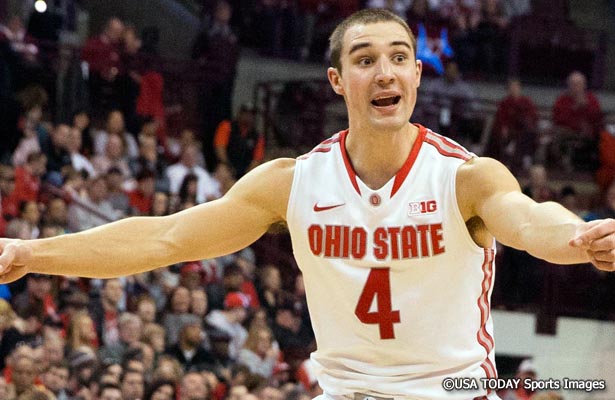 The Ohio State Buckeyes are set to take on the Loyola Ramblers on Friday at 12:15 EST. This game will be played at the PPG Paints Arena and should be one of the more interesting games of the first round. Ohio State finished the regular season at 19-11 and 12-8 in Big Ten play. Loyola on the other hand is going to be coming into this one after finishing 25-7 and 13-5 in the Missouri Valley Conference.

The Ohio State Buckeyes and the Loyola Ramblers are set to meet on Friday. Ohio State has been one of the more storied programs in the past decade, while Loyola always finds a way to get the job done in March.

There are currently no players on either teams’ injury report for Friday’s game. Neither team should have any late scratches.

The Ohio State Buckeyes have had an interesting season. They didn’t start off the year the way that they were hoping for, and that led to them being a number five seed in the Big Ten Conference tournament. They then got knocked out early in that tournament against the Penn State Nittany Lions, 71-68.

It is somewhat questionable why Ohio State did get a number seven seed, but they’re trying to prove to everyone in the country that with some of their wins throughout the regular season, they are worthy of that seeding.

Ohio State is going to rely on guys like EJ Liddell to carry them in this tournament.

Loyola Has Been In This Spot Before

The Loyola Ramblers are going to be coming into this one as a number 10 seed in the tournament after beating Drake in the conference finals. They were able to win the conference championship by eight points as Lucas Williamson led the way for them with 18 points.

Loyola is one of those teams that can never be slept on during March. This team always has some magic with them, which leads me to think that it won’t be any different this year.

Loyola is used to being one of the underdogs in March and the experience they have on their roster should prove to be valuable for them.

For this game, I like the Loyola Ramblers to win outright. I think that Ohio State is an above-average team, but they didn’t necessarily have the season that I think they should have had to warrant them being a number seven seed.

Personally, I think that Loyola has a chance to pull off some crazy upsets in this tournament, and although this wouldn’t necessarily be that big of an upset, I do expect them to take care of business in the first round.

Interested in betting on the Ohio State team? – Don’t miss out on reading our guide about sports betting in Ohio first!

Get free March Madness bets for the Ohio State vs Loyola game at BetOnline below.