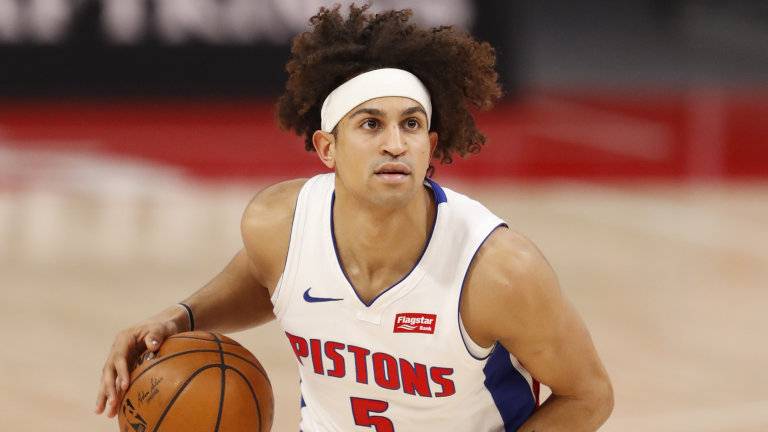 Restricted free agent Frank Jackson has agreed to a two-year deal with the Detroit Pistons. In 40 games played last season on the Pistons, he averaged a career-high 9.8 points, 2.2 rebounds and a field goal shooting percentage of 45.7 percent. From behind the arc, he had a career-high season average 40.7 percent as well.

Plus, his effective field goal percentage (EFG) was a career-high 56 percent. On March 19, 2021, Jackson had a season-high 23 points scored against the Houston Rockets, in the team’s 113-100 road victory. On December 4, 2020, he signed a two-year, $3.5 million contract with the Oklahoma City Thunder. However, he was waived by the team seventeen days later.

On December 27, 2020, the 23-year-old point guard signed a two-way contract with the Pistons. He is also a signed player of the Motor City Cruise of the NBA G League. In the 2020-21 NBA season, he earned $250,000. This is the league’s minimum salary. While the young guard is absent of notable NBA accolades, he does his job to facilitate ball movement in the backcourt.

Due to the recent additions of No. 1 overall pick Cade Cunningham and re-signing Cory Joseph, Jackson may not see much playing time. Last season, the third-year player averaged 18.5 minutes played per game in 40 games. Furthermore, drafted by the Charlotte Hornets, Jackson was selected 31st overall in the second round of the 2017 NBA Draft. In the Duke Blue Devils’ 2016-17 season, Jackson averaged 10.9 points per game. The Pistons should be interesting to watch next season.