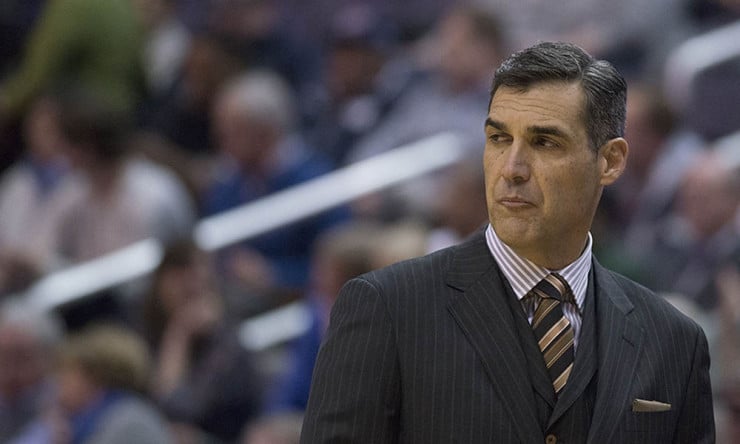 The Wildcats are six years removed from the last time they were able to get past the first weekend of the tournament. But this year, already with 30 wins in tow, they are equipped to advance to the Sweet 16 and beyond. Unlike some of the championship-caliber Wildcats teams of the past, this year’s team lacks true star talent. But, they have a team full of very solid players and they thrive in Jay Wright’s up-tempo system together. Wright has eight players logging at least 14 minutes, six of which average at least nine points. Collectively they score 76 points a night, with Darrun Hilliard II leading the way. They are a high-volume three-point shooting team, averaging nine makes a game at an impressive 39 percent clip. Along with their constant ball-movement, their three-point shooting really spreads defenses out and creates mismatches. Wright’s always preferred a guard-heavy lineup as opposed to a traditional lineup with two big men, but despite that this year’s team has actually out-rebounded their opponents and defended very well, allowing just 61 points a night. The Wildcats only lost twice in the regular season, to Georgetown and Seton Hall, and it happened to be on a night when the three-point shot wasn’t falling for them. They don’t completely live and die by it – they can win in other ways – but they are at their best when they’re on from distance.

It’s been 15 years since Fran O’Hanlon’s Lafayette Leopards (20-12, 9-9) went to the big dance, but thanks to an epic tear through the Patriot league tournament he finally has his squad back in the hunt for their one shining moment. Despite the long drought, O’Hanlon has created a culture based on the pass (15.6 APG, 18th). His guys share the ball, make the extra pass and sacrifice the good shot for the great shot. Oh, and this year’s squad can really shoot it (48.8 percent from the field. 8th). The Leopards also manage to control the pace yet score at a high rate both in points (74.2 PPG, 34th) and efficiency (1.009 PPP, 9th). The problems for Lafayette come at the other end of the floor, where a lack of length and athleticism have led to them conceding points in bunches to the tune of 72.4 PPG, which is near last in all of Division I (312th) and giving up 0.941 PPP is even worse (332nd). Make no mistake about it, there is a reason the Leopards had nine losses in conference play. But in the tournament, all bets are off. If there is to be hope, it will start in the middle with senior big man Dan Trist (17.3 PPG, 6.7 RPG), the kid can score and has the toolbox to do so against length (12 pts vs. Kansas and West Virginia). Inside out will be key and if Seth Hinrichs (51 3FGM), Joey Ptasinski (72 3FGM) and Bryce Scott (50 3FGM) are knocking them down from deep, there may be a sliver of optimism. Nick Linder is the catalyst to the whole thing and he will need to control the offense to bring it all together. Look for O’Hanlon to incorporate some kind of zone against length, be that a match up or traditional, but if Lafayette can’t control the glass things could get out of hand quickly.