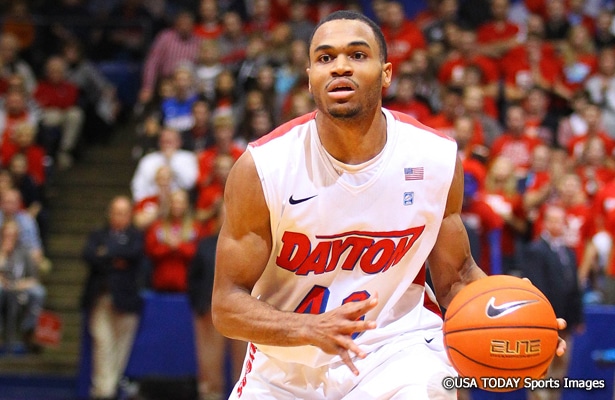 Much like the NBA playoffs, the NCAA Men’s Basketball Tournament is often dominated by playmakers and scorers. While special big men like Anthony Davis and perhaps (eventually) Kansas’ Joel Embiid still surface from time to time, guard play has been a vital part of tournament success at an increasing rate.

While top seeds Florida, Arizona, Wichita State and Virgina will deservedly be considered the frontrunners heading into the tournament, the chance for a miracle run by ‘Cinderella’ stories like those turn-of-the-century Gonzaga teams, Stephen Curry’s Davidson team or the recent Butler squads always seem to add an extra layer of excitement to March Madness. Everyone loves buzzer-beaters, upsets and teams that appear to come from nowhere to impress the masses over a two-week stretch.

Here are six underdogs that could kill your bracket in the early rounds:

What about Harvard’s strength of schedule, or lack thereof? That’s definitely a fair question for those suspicious of a 26-4 record that was admittedly padded by their 13-1 mark in a somewhat underwhelming Ivy League. In fact, outside of that stretch, one of their more impressive performances actually came in defeat when they lost a tough game on the road at Colorado (8) earlier this season. Keep in mind, this is the same core that beat New Mexico for their first tournament win to stun viewers just last season.

The Crimson boast a well-balanced attack, but swingman Wesley Saunders (14 PPG), guard Siyani Chambers and forward Kyle Casey each have several 20+ point games on the year and have shown an ability to get hot for sustained runs. Saunders, 6’5, may be the player to pay close attention to during the tourney. He’ll knock down an occasional shot from deep, but tends to prefer to get out in transition and isn’t afraid to slash and attack the rim in the halfcourt set. Harvard certainly won’t be overlooked this year, and faces Cincinnati (5) in the opening round.

Dayton is in the dance after a 23-10 season, just a year after failing to qualify for either the NCAA or NIT tournaments. The Flyers have multiple ‘signature’ wins against ranked opponents this season including an impressive win over the then-No. 11 ranked Gonzaga Bulldogs and a late-season victory over the then-No. 17 ranked St. Louis Billikens.

After transferring from Ohio State and sitting out all of 2012-13 as a result, junior guard Jordan Sibert went on to lead the Flyers in scoring (12.5 PPG) including a 23-point performance in the win over Gonzaga. Moments like that frenzied game-winner against IPFW are precisely what the tournament is all about. Sibert is joined by forwards Devin Oliver (12.1 PPG) and Dyshawn Pierre (11.1 PPG) to make quite the dangerous trio for tournament opponents to contend with. Dayton faces Ohio St. (6) in the opening round.

The Friars are one of the more dangerous lower seeds, having navigated that tough Big East schedule with a winning (10-8) record. Although just 2-4 vs. ranked teams throughout the season, Providence improved significantly against such opponents over the course of the season. In fact, they went 2-1 against Creighton (3) and their lethal scorer Doug McDermott (26.9 PPG). Senior guard Bryce Cotton (21.4 PPG) is the Friars’ most dangerous threat. While Cotton is absolutely electric in transition, he can also knock it down from both the mid-range and beyond the arc (36.8 percent).

The Big East Tourney MVP leads the way, but their three forwards LaDonte Henton, Kadeem Batts and Tyler Harris can each fill up a box score when leaned upon as well. Providence has plenty of weapons, which could come in handy as they face North Carolina (6) in the opening round.

Since their rough 79-62 road defeat at the hands of the then-No. 3 ranked Ohio State Buckeyes in mid-December, the North Dakota State Bison have been one of the nation’s hottest teams. They finished the season on an 18-2 run. The Bison rose to the top of the Summit League by defeating the IPFW Mastodons (24-10) for the second time this season.

6’7 senior guard Taylor Braun can do a bit of everything, as he not only leads the team in scoring (18.2 PPG), but also pulls down 5.5 RPG while dishing out 3.9 APG. With four performances of 30 or more points on the season, Braun has proven the ability to score in bunches. The Bison will definitely need it, as they are slated to face Oklahoma (5) in the opening round.

The Cajuns’ presence on this list may surprise some, but they are precisely the type of team built for an upset in the tournament. Their dynamic duo of junior guard Elfrid Payton (19.1 PPG, 6.0 APG, 5.9 RPG) and sophomore forward Shawn Long (18.7 PPG, 10.5 RPG) can wreak havoc on an opposing team if they get rolling early on.

At just 6’3, Payton literally does everything on the court for the Cajuns. Clearly, a phenomenal athlete, Payton is above average as both an on-ball defender and while playing the passing lanes (2.3 SPG). Senior guard Bryant Mbamalu is another player who can score, and someone else who could make a name for himself if the Cajuns were to make a deep run. It won’t be easy, as they’ve drawn the Creighton Bluejays (3) and the aforementioned McDermott in the first round.

Whether you’re impressed by the competition they faced as the Lumberjacks racked up a 31-2 record (18-0 Southland Conference) or not, credit is due to them for maintaining their drive and focus on their way to earning a tournament bid for just the second time (2009) in school history. As the Lumberjacks get ready to face VCU (5) in the opening round, the question remains whether they were challenged enough throughout the regular season to be ready for the ‘challenge’ of the tournament?

They are another team that features a well-rounded attack, as their starters do the bulk of their scoring. They balance the perimeter productivity of guards Desmond Haymon and Deshaunt Walker with the interior and transition attacks of forward Jacob Parker and guard Thomas Walkup. Anytime you have five guys that each essentially average double-digits in scoring, you are likely to be a formidable team to face in a tournament.