Home » news » Six Things To Know About The Orlando Magic 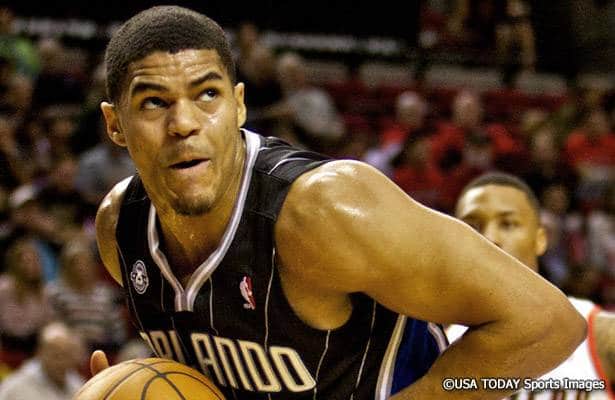 As we cross the halfway point of the NBA season, there are a few things to know about the Orlando Magic as they embark down the second half of the season.

Here are the six things you need to know about the Orlando Magic.

The most common questions from Magic fans tend to involve roles and playing time and the unpredictability of what’s happening this season.  The truth of the matter is this isn’t the team that’s going to drive the franchise into the future. These are the parts the Magic are trying to understand and showcase in hopes of being able to build the team that will. Clearly there are some guys that are showing “franchise” promise, but the truth is that while the organization loves guys like Victor Oladipo, Nikola Vucevic, Tobias Harris and Maurice Harkless, if moving any of those guys gets them the bona fide franchise cornerstone the team is lacking – they’ll get moved. That’s life in the NBA. You love your young guys until flipping them gets you the mega star you need.

The Magic are far from a finished product. They have mountains of duplication and excess and while there are lots of things to like about this roster, it’s far from the finished picture and its likely going to take another offseason to sort through what really is long-term and what’s going to be used to secure the players that will drive the team forward.

Like him or hate him, Jacque Vaughn is the head coach of the Orlando Magic now and going forward. There is a reason he was chosen and there is a reason he is secure in his job. The Magic knew it was going to be like this. They knew there would be more losses than wins and they needed and wanted a coach that would play the role and keep things positive while the team re-stocked and re-tooled.

As for the future, Vaughn will get a chance to coach a team built to win games and much like Monty Williams in New Orleans, he’ll have to turn things around pretty quickly.

The one part of the Jacque Vaughn dynamic is that much like Oklahoma City, there is a unified process from the front office through the coaching staff. That’s what the Magic wanted and that’s why Vaughn was their guy. The organization did not want a coach with his own agenda or his own desires. They wanted a coach that would execute on the franchise’s goals and vision and while some of his moves may seem like head scratchers, he is doing exactly what he’s been asked to do: compete. Develop the young guys and give the team as many different looks at their talent as possible.

While the Magic clearly have players that are not part of the long-term plan, they are also not in fire-sale mode either. The Magic have set themselves up to have options and they’ll explore those options not only at the trade deadline but around the 2014 NBA Draft. What the Magic could get for say Arron Afflalo today might not be nearly as meaningful as what he could return around the draft or specifically on draft night when a player the Magic covet starts to tumble and Afflalo or Jameer Nelson or Glen Davis could be swapped to net that kind of asset. The Magic have pieces to trade and they are open to exploring them, but to classify them as a team that has to do something before the February 20 trade deadline would be misplaced. The Magic have options and they have time on their side.

Before you assume that Orlando is dealing Arron Afflalo, understand that Afflalo and his success this season was one of the key reasons the Magic wanted him in the Dwight Howard trade two summers ago. Afflalo’s contract is reasonable and he is the kind of veteran the Magic want in their locker room. It is true the Magic could flip Afflalo and likely get a decent return, but they also see Arron as the impact guy that could help the franchise get back to the playoffs and back to competing in the East. Don’t assume because Afflalo is not 24 that he is not a possible piece of the puzzle and also keep in mind, trading Arron in the offseason could return a ton if he continue to play at the level he’s been playing at.

»In Related: Arron Afflalo Opens Up About Breakout Season

The Magic are looking at some cap space in July and before you start circling would-be free agents with potentially high asking prices, keep in mind Orlando wants to be flexible. The Magic will have to start contract extension talks with Nikola Vucevic and Tobias Harris this summer and they want to have the room to take on money if the right kinds of players present themselves in trade. The days of Otis-Spending are likely over in Orlando. That’s not to say that the Magic won’t spend to keep their team together, what it means is that it’s unlikely that the Magic go splurge spending on a mid-tier free agent. The Magic will have young guys to pay and a roster to fill out and they covet the flexibility that’s in front of them as an organization. Don’t look for the Magic to do anything that’s going to hamper their ability to deal and use their flexibility to gain additional assets.

Don’t believe the hype on Orlando “zeroing” in on any one player in the 2014 NBA Draft. Like most teams with eyes for a high draft pick, the Magic are going to be thorough in scouting all the possibilities and, like they did last year, they will bring in a small army of possible players in for workouts to find the players that fit what they are trying to build in the big picture. Equally, just because there is a promising player on the floor at a particular position, that does not remove anyone from the board. The Magic don’t have to decide anything about the draft until draft day and while a lot of people want to talk about who the Magic like, they have yet to really start the process of getting to know a player and that’s going to weigh heavily in their ultimate decisions on who they draft or who they pass on.

So there you have it, six things you need to know about the Orlando Magic. Look for more insight on the rest of the league throughout the next week.