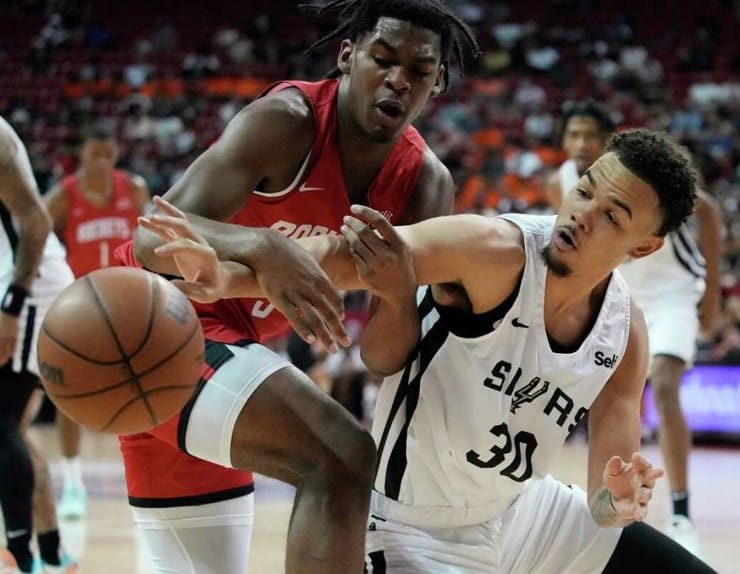 The San Antonio Spurs have signed Jordan Hall to a two-way contract. Dominick Barlow is signed to the Spurs’ other two-way contract. Anyway, Hall went undrafted out of Saint Joseph’s a couple of months ago. The NBA could be the 20-year-old’s future.

Off the bench, he finished with 7 points, 2 rebounds 2 assists and 1 steal.

The guard also won Catholic League Player of the Year. Additionally, he was selected First Team Class 3A All-State.

He set a program record for career assists. Not to mention, Hall finished his college career with the second-most double-digit assist games in school history (5).

Through a total of 50 games played at Saint Joseph’s, Hall also averaged 38.9% shooting from the field and 35.8% from 3-point range.

More news stories concerning Jordan Hall and the Spurs are on the main page.