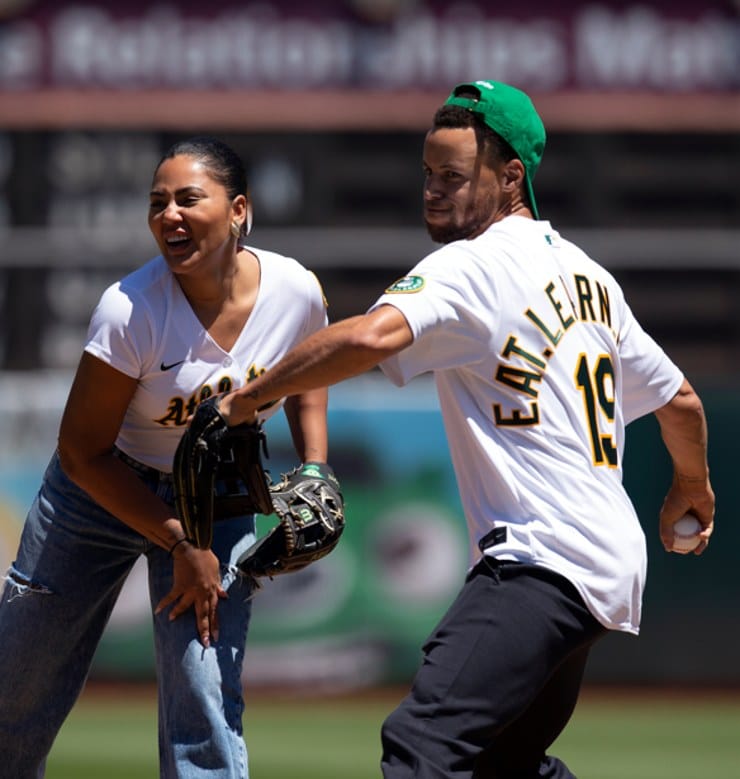 Stephen Curry was asked at what point he wanted to remain in the Bay Area for the foreseeable future, and the four-time NBA champion gave a satisfying response for Warriors fans. Also, the guard threw the opening pitch ahead of the Astros-A’s baseball game.

In an interview with NBC Sports Bay Area during the bottom of the fifth inning, Curry explained, “I don’t want to leave ever. I want this to be my one and only home.”

The eight-time All-Star went on to state, “I just finished my 13th year and to be able to say I’ve only played for one team my entire career, and also to say between the 10 years in Oakland and these last three years in San Francisco, I can honestly say how special this place is… Honestly, I don’t ever want to leave.”

“I don’t want to leave ever. I want this to be my one and only home” – Steph on the Bay Area 😊 pic.twitter.com/aWHLidy8b1

Stephen Curry will likely retire with the Warriors

Additionally, the two-time scoring champion will be 38 when his contract ends in the summer of 2026. He’s used to signing big contracts with Golden State by now. On Jul. 1, 2017, Curry signed a five-year, $201 million contract extension with the team.

After winning his fourth NBA championship and first Finals MVP last season, it’s a fair assumption that Stephen Curry is thrilled to remain in the Bay Area. It’s better not to try to fix what isn’t broken. Plus, he continues to break records with Golden State.

Last season, in 64 games played during the regular season, Curry averaged 25.5 points, 5.2 rebounds, 6.3 assists and 1.3 steals per game. He averaged 43.7% shooting from the floor and 38% from 3-point range. However, one of his biggest accomplishments last year was breaking Ray Allen’s record for most made 3-pointers.

About a week ago, Ayesha and Steph Curry also bought a $2.1 million home in Central Florida. Not to worry, Warriors fans. The couple already own a $31 million mansion in Atherton, California. When his contract expires in 2026, he’ll likely just sign another one.

But it’s still four years away. A lot can happen over the course of time. Other news stories pertaining to Stephen Curry or the Warriors are on the main page.