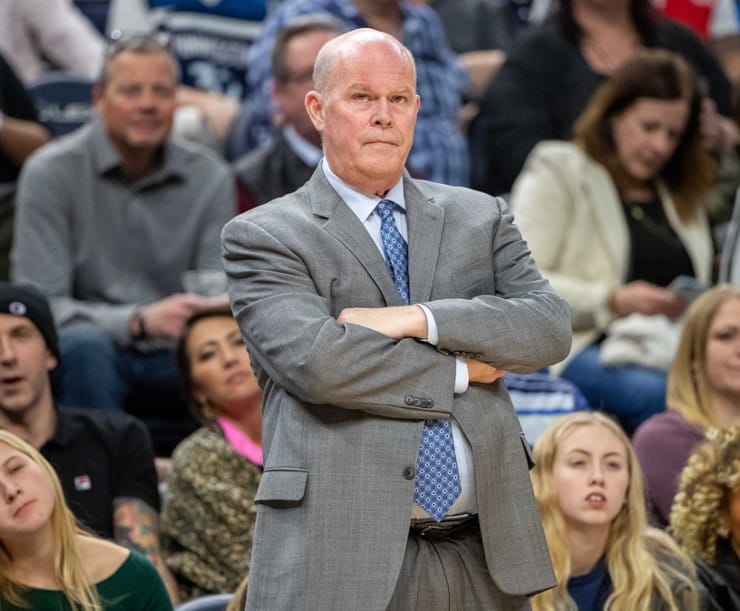 Steve Clifford has agreed to become the Hornets’ next head coach. Hornets G.M. Mitch Kupchak is offering Clifford a three-year deal. He served as the Bobcats/Hornets’ 10th head coach in franchise history from 2013 to 2018. Then, the front office fired him after an underwhelming 36-46 (.439) season in 2018. Clifford accumulated a record of 196-214 (.478) in his five seasons with Charlotte.

While coaching the Magic in the 2018-19 season, Clifford helped the team reach the playoffs for the first time since the front office traded Dwight Howard to the Lakers back in 2012. Of course, six seasons was Orlando’s longest playoff drought in franchise history. On Jun. 5, 2021, Clifford and the Magic agreed to part ways after going 21-51 (.292) in the 2020-21 season.

Furthermore, while Clifford has not yet earned long-term success as a head coach in the NBA, he was a noteworthy head coach in the NCAA. While coaching at Adelphi, he helped the men’s basketball program win the East Coast Conference Tournament in 1996 and 1999. In four seasons coaching the Panthers, he finished 86-36 (.705) overall.

Is Steve Clifford a better coach than James Borrego?

Additionally, was this a solid hire? Well, previous head coach James Borrego was fired on Apr. 22 after the Hornets finished 43-39 (.524). They clinched a play-in tournament spot for the second consecutive season, but the team lost 132-103 against the Hawks on Apr. 13, falling short of qualifying for the postseason once again. Borrego recorded an overall record of 138-163 (.458) with Charlotte. Their defense needs work.

In Borrego’s first season coaching the Hornets, they posted a 39-43 (.476) record. Then, in the following season, the team regressed, finishing 23-42 (.354). However, since that one disappointing 2019-20 season, the Hornets have improved each season. LaMelo Ball even won Rookie of the Year in the 2020-21 season. Yet, owner Michael Jordan and general manager Mitch Kupchak are demanding better results.

The Hornets dodged a bullet

Though, is Steve Clifford the right man for the job? Last Saturday, Warriors assistant coach Kenny Atkinson backed out of a four-year deal with the Hornets. Needless to say, Jordan was disappointed. The front office probably preferred hiring Atkinson over Clifford. After four seasons coaching the Nets, Atkinson chose to resign with a 118-190 (.383) overall record. Brooklyn went 28-34 (.452) in his final 2019-20 season.

Even then, some would say that neither Clifford nor Atkinson were the right coaches for the job. Perhaps the Hornets should have offered Borrego at least one more season. He signed a four-year deal with the team on May 10, 2018. While Borrego is not Gregg Popovich or Phil Jackson, he was slowly but surely improving the Hornets. Not to mention, Borrego served under Popovich with the Spurs from 2003 to 2010.