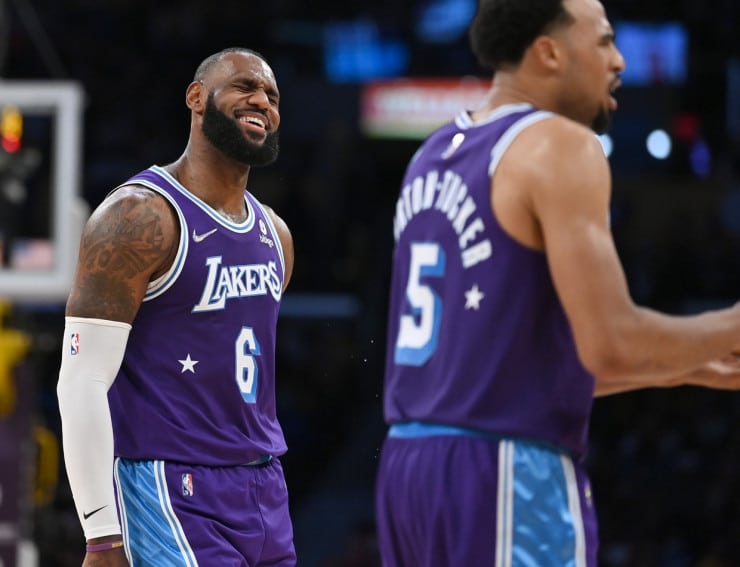 The Phoenix Suns are set to take on the Los Angeles Lakers at the Footprint Center on Sunday at 9 EST. Phoenix is going to be coming in as the number one team in basketball as they are 53-14, while the Los Angeles Lakers will be coming in as the number 9 seed in the Western Conference with a 29-37 record. Phoenix beat Los Angeles in the first round of the Western Conference playoffs a season ago, so expect a high-intensity game.

The Suns and the Lakers will meet at the Footprint Center on Sunday. This is a game at Phoenix should be able to win, but they are still without Chris Paul for the next six weeks, and LeBron James has been playing incredible basketball lately, so it is possible that he can carry this Lakers team to another victory.

Los Angeles will travel to Phoenix on Sunday for a battle versus the Suns. For the latest NBA betting trends and NBA free picks on Sunday’s game, check out our Suns vs Lakers preview below.

The Phoenix Suns don’t really have much to worry about considering that they have a huge lead in the Western Conference as they are currently 7.5 games ahead of the second-place Memphis Grizzlies. However, this team still wants to play the elite basketball that they were playing when Chris Paul was on the court and they have been unable to do so in their last 10 games as they are 6-4.

Phoenix is going to be coming into this one on a disappointing loss to the Toronto Raptors where Cameron Payne was able to lead the way in the loss with 24 points.

Coming into the season, everybody expected the Los Angeles Lakers to be a team that could potentially win an NBA title, and to say the least, they have not played up to those expectations. The Lakers are going to be coming in at under .500 as they are 29-37 on the season and have gone 3-7 in their last 10 games.

Los Angeles will be coming into this one on an impressive win after they beat the Washington Wizards 122-109. LeBron James showed that he is still one of the best players in the world as he finished with an astonishing 50-point game.

For this game, I actually like the Los Angeles Lakers to win outright. Betting on the Lakers this season has not been very successful, but with Chris Paul not being out there, I do think the Lakers could steal this one.

I also really like LeBron James to score 30-plus points in this game. If the Lakers are to have any chance of beating this talented Suns team, he’s going to have to play his best basketball.

Although Phoenix does have one of the better defenses in the NBA, that has never been an issue for LeBron James so I expect him to still go out there and do his normal thing. Phoenix will be without Chris Paul, but this is still a very elite team without him on the court. LeBron is really going to have to take over if the Lakers are to win this one.

Get free NBA bets for the Lakers vs Suns game at BetOnline below.