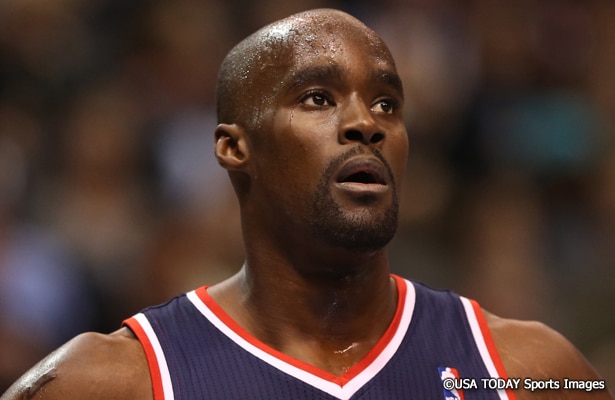 The NBA’s trade deadline is rapidly approaching.  Typically the rumor mill will churn until the final hours on February 20.

Teams look to make deals for a variety of reasons.  Some are hoping to land the final piece that will push their franchise into the playoffs (or true postseason contention).

Others look to shed long-term contracts, or even expiring contracts simply to get out of the NBA’s punitive luxury tax.

The following players have contracts that could lead to a deal before the deadline.

Phoenix was supposed to be one of the many squads tanking for the 2014 NBA Draft, but at 29-20, they’re currently seventh in the Western Conference.

A knee injury to guard Eric Bledsoe has contributed to a two-game losing streak, but the Suns are in a strong position to make a deal.

Okafor is currently out with a neck injury.  He’ll be reevaluated in March but he’s not likely to play this season.

Insurance will cover 80 percent of his salary.  The Suns also have about $5.2 million in cap room and up to four draft picks in the first round of the 2014 draft.

Phoenix appears willing to deal at least one of their picks, with Okafor as the salary ballast to make a deal work.

The Suns have spoken to the Los Angeles Lakers about Pau Gasol.  Phoenix could deal with a number of teams looking for salary cap or tax relief.

The Lakers (17-32) have been decimated by injury this season.  Gasol is in the final year of his deal and while he’s currently sidelined for a couple of weeks with a groin injury, he’s coming off of a very strong January.

L.A. would like youth and/or quality draft considerations, while preferring expiring contracts in return.  The Lakers might take a player on a multi-year deal, but it would need to be someone they truly covet long-term.

The Lakers may not be able to get fully under tax with a straight-up Gasol deal, but players like Chris Kaman or Jordan Hill could go out in a secondary deal to drop the Lakers below $71.7 million in total salary.

Saving money isn’t the Lakers’ top priority but if they can land an asset or two while cutting their payroll, they’ll make a deal in the next two weeks.

If the franchise doesn’t add salary before the last day of the season, they’ll cut a check to their existing players for the difference of about $5.2 million.

In other words, the Sixers can take on that exact amount in salary without any additional expenditure.

Meanwhile, teams might value Hawes and Turners as young, talented players.  Turner stands to be a restricted free agent this summer at a qualifying offer of $8.7 million.

The Asik contract is subjectively a good deal and a bad deal, depending on the team.

While it appears Lin is safe to stay in Houston beyond the deadline, the Rockets would like to get value for Asik.

A number of teams have no interest in paying Asik nearly $15 million next year, regardless of how much he counts against their cap.

Other franchises may view him as a discount.

To date, Houston hasn’t found a taker but expect the Rockets to make one last push before the deadline.

It’s unclear what their goals are with Rajon Rondo, but the franchise may wait until he’s back to true form after a knee injury before trading away the veteran point guard.

While Rondo could be safe this season, Humphries has a solid expiring contract that might appeal to a team either looking to dump salary or add on a capable rebounder.

The Celtics can afford to be patient.  Humphries, packaged with a future first-rounder, might bring back a solid piece for Boston long-term.

The Jazz (16-32) aren’t competing this season for a playoff spot.  They’ve got an army of expiring contracts to offer in trade.

Utah is also slightly under the cap ($1.7 million).

The Bobcats (22-28) are currently in eighth place in the Eastern Conference.  The franchise would like to bolster their postseason chances.

Gordon, who is currently out of the rotation, could bring back some on-floor talent with his ending contract.

The Pistons are also hoping to make a push into the playoffs, despite their 19-29 record.

Detroit is just two games back of the Bobcats.  Villanueva has been in the dog house for years.  Stuckey isn’t always consistent but he might be appealing to a team in need of a guard.

The Pistons could stand to add a veteran two-guard with good size.

A number of contracts may be more valuable as trade chips near the June draft.

The following players have non-guaranteed contracts for the 2014-15 season.  As such, they can be dealt after the season (before July) and then cut outright — a valuable money saver for a team looking to get under the cap.

The Celtics have Keith Bogans ($5.3 million) on a non-guaranteed deal.  Andre Miller of the Denver Nuggets is on currently on the block, but his $4.63 million for 2014-15 is only $2 million guaranteed.

Jameer Nelson of the Orlando Magic is owed $8 million for 2014-15, but just $2 million guaranteed.

John Salmons (Toronto Raptors) is only guaranteed $1 million of his $7 million deal for 2014-15.  Amir Johnson has a bigger guarantee ($5 million), also on $7 million.

While Tony Parker (San Antonio Spurs) is only guaranteed $3.5 million of his salary next year, odds seem high the Spurs will keep the All-Star guard.