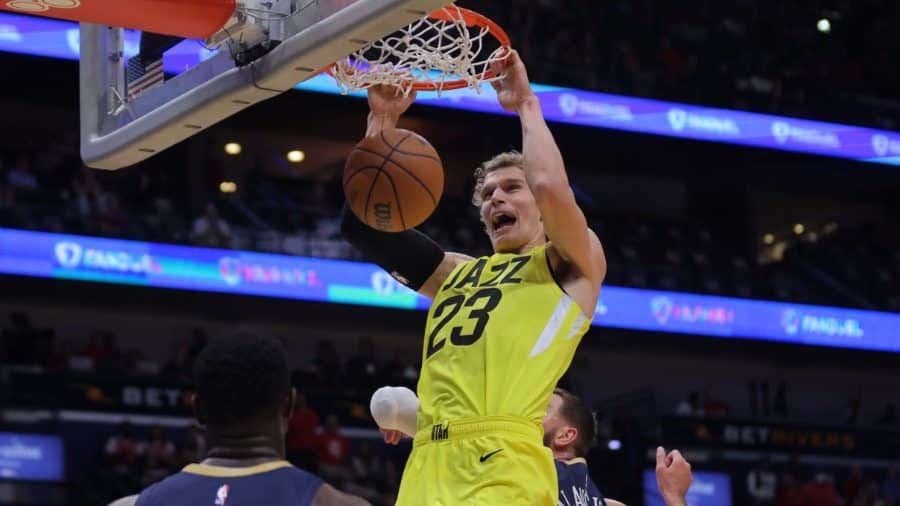 The NBA is known for having it’s fair share of star players. Not to mention, there are always a few surprises every season. However, this year has seen not just a few unexpected teams get off to great starts, but there is a couple of players who have shocked the NBA media and fans thus far. Some of these are role players blossoming into All-Stars and others are All-Stars having career years. Without further adieu, here are the three most surprising starts of the NBA season by players this far.

Three NBA Players Off to Unexpected Starts This Year

Shai Gilgeous-Alexander has already solidified himself as a legitimate NBA star. However, he is making a case for making his first All-Star appearance this year despite the Oklahoma City Thunder rebuilding and trying to build their team up with a plethora of draft capital. He has already hit a couple of impressive game winners and is averaging a career-high 31.1 points per game. On top of this, he is also tallying a career-high in blocks per game at 1.4 to go along with 4.6 rebounds and 5.9 assists per game. SGA’s also shooting efficiently from the field as he currently possesses an effective field goal percentage of 56.3 percent. While his team may not be anything to write home about right now, Shai Gilgeous-Alexander is definitely deserving of All-Star consideration once it comes time.

Keeping up with the theme of athletic guards, De’Aaron Fox is making his name known this year and is also showing the NBA world that the Sacramento Kings are no longer the league’s whipping boy. He has had several incredible moments this year including a game winner against the Orlando Magic where he hit a three-point shot near half-court  to give the Kings the win over the Magic as time expired. Fox has helped lead the Kings to a 8-6 win-loss record which has been good enough for the eight seed in the Western Conference.

As for De’Aaron Fox, he is also having a career year worthy of All-Star consideration. He is currently averaging 24.8 points, 4.8 rebounds, 6.4 assists per game. Not to mention, he is also tallying an effective field goal percentage of 60.7 percent, which is a career-high so far. Some of his advanced numbers are also impressive as Fox is averaging a career-high offensive rating of 122 to go along with a player efficiency rating of 25.2 and a box plus/minus total of +5.5. With all of this in mind and Sacramento’s surprise start to the season, De’Aaron Fox is proving that he is an unsung star of this league and one of the surprise NBA players.

Could Markkanen’s success be a result of him having the right coach and the right cast around him? Possibly. However, the results are speaking for themselves. Utah has been the biggest success of this year as they are currently first place in the Western Conference and the emergence of Lauri Markkanen has had a big part in this success. He is not just making a case for All-Star status, but is also putting together a strong argument for being considered an NBA star. Markkanen is currently tallying 22.3 points, 8.4 rebounds per game, and an effective field goal percentage of 61.3 percent. Markkanen is perhaps the biggest surprise of all NBA players this season along with the Utah Jazz.