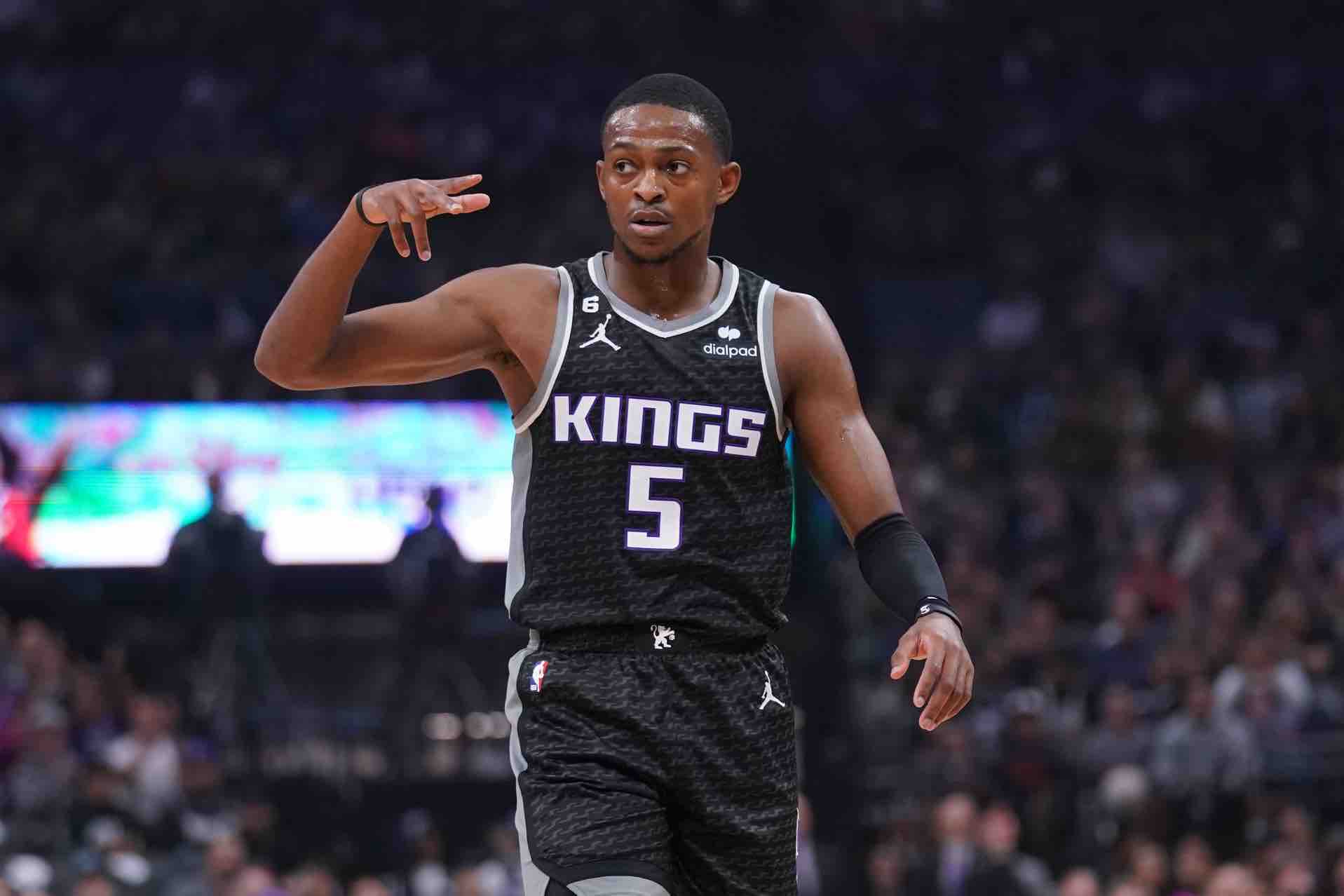 De’Aaron Fox had the biggest highlight in the league tonight. After suffering a bone bruise, many were wondering if the athletic point guard was going to miss some time. Fans got their answer as he was cleared yesterday as he was a full participant in practice. Sacramento’s game with Orlando was a good one throughout as the matchup went into overtime. For a second, it even looked like double overtime was a possibility. That was until De’Aaron Fox took over and won it for the Kings.

Aside from Fox’s magnificent game winner, he was solid in other areas too. He finished with a game-high 37 points to go along with five rebounds and a field goal percentage of 58.3 percent. Fox alleviated many fans’ concerns as he had many drives and plays where he looked like his usual spry and bouncy self. It should also be noted that he was perfect from the free-throw line going seven for seven. Where it gets interesting is that Fox did struggle from beyond the arc all night long. Ironically, his game winner was only his second made three-point shot for the game as he finished with a three-point shooting percentage of 28.6 percent. Fox played a big part in Sacramento’s comeback after half-time. Head coach, Mike Brown, had this to say about what he told his team at the half:

”I just told our guys basically at halftime: `We’re better than this, I said, `I don’t care if we win or lose the game, but the way we’re playing, that’s not us. Let’s at least go out there and fight.’ And to their credit, they did.”

De’Aaron Fox was not the only impressive player on the Kings in this game. His co-star in the middle, Domantas Sabonis, also had an impressive outing. Sabonis finished with 25 points, 11 rebounds, and six assists. He even made some clutch free throws down the stretch that gave the Kings just enough of an edge to squeak out the eventual win. Sabonis and Harrison Barnes were the only starters who finished the game with a positive player differential rating (plus four and plus five).

The Orlando Magic also had some noteworthy performances. Rookie standout and first overall pick, Paolo Banchero, was once again impressive. He finished the night with 33 points, 16 rebounds, and four assists. Franz Wagner also had 31 points, six assists, and three steals. It was a great effort from both teams, but in the end, Fox responded in a big way.

His Season So Far

De’Aaron Fox has been having an All-Star worthy campaign so far. On the season, he is averaging 24.5 points, 4.8 assists, and six rebounds per game. On top of this, he is also shooting 54.8 percent from the field to go along with a three-point shooting percentage of 38.7 percent. Fox is also averaging a player efficiency rating of 22.2, a career-high so far. With the season Fox is having, a first time All-Star appearance could be in the near future.