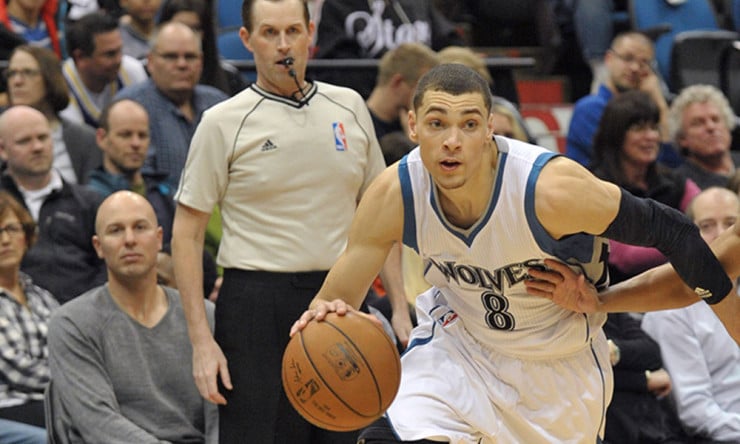 Q. This season: win or develop?

A. (Timberwolves’ Interim Head Coach Sam Mitchell) C’mon, do I have to say that? I guess I do, knowing the media. It’s develop. We’re in the Western Conference. We’ve got Zach LaVine, Andrew Wiggins, Karl-Anthony Towns, Tyus [Jones], Shabazz [Muhammad], all these young guys who had one year in college. What do you think?

Q. I wanted to see how you’d answer the question.

A. So you’re trying to trip me up already. Nice to know some things never change. Obviously, as a coach you want to win, but I won’t sacrifice the development of this team to win two extra games. Just because we have some talent, you don’t just wake up and be an NBA contender. That talent, they have to learn how to play, how to grow, how to dig deep in games. How do you learn those things? You learn from going through it. You know as well as I do, it doesn’t happen overnight. We’ve got to develop our guys so in two or three years, we’re OKC, we’re competing not just for a playoff spot or division championship but for an NBA championship one day. That’s the goal, but it’s not going to happen in one day or one year.